Trump as Plumb Line: The Christian Case against Donald Trump 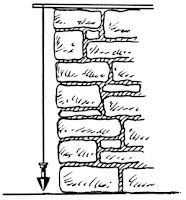 Watching Confederate flags pop up all over central Pennsylvania in the summer of 2015 like weeds cropping up in the garden overnight was my first indication that something was terribly wrong.  This phenomenon followed on the heels of two surges – white supremacy following the removal of the flag from South Carolina’s government buildings in response to the massacre of African Americans at Mother Bethel Church; and the ascendancy of Donald Trump.

Since then the rise of hateful rhetoric, hateful symbols and hate-filled actions against non-whites, foreigners, immigrants, refugees, those with disabilities, and women by Trump supporters and the candidate himself is incredibly alarming.  I am reminded of a passage from Amos 7:7-9 where the prophet is given a vision by God:

This is what he showed me: the Lord was standing beside a wall built with a plumb line, with a plumb line in his hand. 8And the Lord said to me, “Amos, what do you see?” And I said, “A plumb line.” Then the Lord said, “See, I am setting a plumb line in the midst of my people Israel; I will never again pass them by; 9the high places of Isaac shall be made desolate, and the sanctuaries of Israel shall be laid waste, and I will rise against the house of Jeroboam with the sword.”

What is a plumb line?  It’s the weight at the end of a line used by builders to show vertical direction.  This is how you can tell if your walls are straight and even. It is the means by which you can tell if what you’re building is true or off-balance.  And if your building is off-balance what can happen? The walls will lean, doors won’t close, and you’ll get cracks in the walls.  Ultimately, unless the problems are corrected, the house will eventually fall. When you hang the plumb line, it’s measuring the trueness of the house.  In a sense, it is making a judgment about the house - revealing whether everything lines up, or whether it is off-balance and headed for destruction.

So what does it mean when God puts a plumb line in the midst of the people?  What we have here is a metaphor. It describes God’s measuring the moral and ethical walls of our house to see if they are lined up with God’s will.  When the plumb line drops, there are serious consequences, because the truth about the way society is constructed is revealed.

My fellow Americans – Donald Trump is our plumb line. 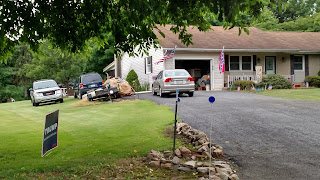 He is our plumb line because his presence has revealed that the walls of our democracy, our economic structures, and our American society are cracked.  Does this mean that God sent Donald Trump to reveal the truth about our house?  Certainly not.  But we need to understand what a Trump presidency would mean for this country.  Trump is so powerful because he is a result of systemic, economic and cultural forces that have created a wave of discontent.  But more than that, he has discovered a way to amplify and capitalize on that discontent by misdirecting away from the very forces that caused the problems in the first place.

The people who are supporting Trump see the cracks in the walls.  But rather than work on ways to fix or rebuild the house, they choose to demonize and blame the problems on the very ones who have been the historic victims of this system for hundreds of years.  For centuries, whites have ignored the fact that our foundation was built on shifting sand.  They have ignored issues of social justice, choosing instead to insulate themselves within certain well-furnished rooms of the house.  What they did not realize is that while they were living a comfortable life, the house is falling down around them.  Now they are panicking and championing one whom they think can save them, when, in fact, he epitomizes all the causes and reasons for the cracked walls in the first place.

After Amos’ prophecy, in a poetic fulfillment of the judgment, Israel was later rocked by a devastating earthquake, and their houses literally fell down around them.  What people today do not realize is that a vote for Trump will not make America great again.  It will create more pressure on an already unsteady structure.  And when the walls come tumbling down, they will not distinguish between whites and non-whites.

IF you are a person of faith, and IF you are thinking of voting for Trump, I would strongly urge you to reconsider.  The plumb line of Donald Trump has already revealed the truth about the choices we have to make.  And that can be quite uncomfortable.  You have to be honest about where your own values are not lining up true with God’s values, especially in terms of how you treat others, and the ways you benefit from a system that favors you either because of your skin color, your gender and sexuality, your occupation, your age, or your financial level.

You may not agree with everything that Hillary Clinton has done in her 30 years of public service.  It may gall you to have to vote for the candidate who is not of your party.  You may feel squeamish about having a female hold the highest elected office in this country.  And that’s okay.  I have a few disagreements with Hillary myself.

But I have never witnessed her engage in the kind of hateful human-bashing that I see from Trump.  My Christian values leave me no other choice than to vote against him and cast a prophetic vote on the side of the plumb line that says: “Let’s get to work.”  Let’s set about the task of making sure that the walls are true, the foundation is secure, and that justice and righteousness for all are the measurements of our success, rather than the extreme wealth of a few. 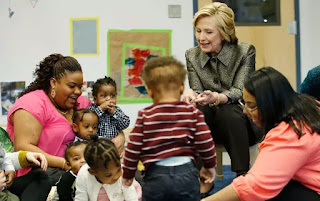 IF you are a person of faith, the teachings of the prophets and the teachings of Jesus can and should inform your vote.  As you consider the plumb line of Donald Trump, cast your vote for the whole house we all share.