Blessings and Woes: The Christian Case for Hillary Clinton 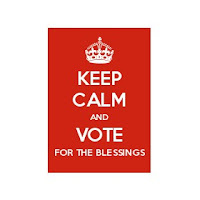 If you are a Christian whose church follows the Revised Common Lectionary, the gospel reading assigned for this coming Sunday is amazingly appropriate given the national presidential election two days later.  The passage is Luke 6:20-31, known as The Beatitudes, where Jesus is talking to the crowd about blessings and woes.  He begins by saying this:

He then follows with a list of woes for those who are rich, fat and happy with lots of yes-men around them telling them how great they are.

And in one of the most profound religious teachings in history, Jesus gives instructions for those who would follow in the way of God’s radical grace:

But I say to you that listen, love your enemies, do good to those who hate you, bless those who curse you, pray for those who abuse you. If anyone strikes you on the cheek, offer the other also; and from anyone who takes away your coat do not withhold even your shirt. Give to everyone who begs from you; and if anyone takes away your goods, do not ask for them again. Do to others as you would have them do to you.

As I read these words, and I consider my vote, it is all too clear which candidate aligns with the values of Jesus, and which one is diametrically opposed to those values. Donald Trump is the one who is rich, fat and happy surrounded by yes-men telling him how great he is.  While Hillary Clinton has spent most of her 30 years of public service in advocacy, defense and support of those whom Jesus calls “blessed” – the poor, the hungry, the despondent.  She herself has been subjected to the kind of hatred, defamation and derision described in this passage.  And while she is admittedly a candidate with flaws (as all humans are), from what I have witnessed, at her core is a strong grounding in the Christian upbringing that instilled these values of Jesus into her beliefs and actions. 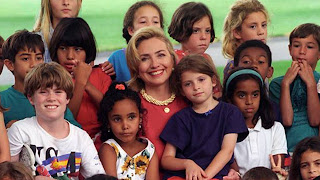 Full disclosure – I did vote for Bernie Sanders in the primary because I have serious disagreements with Clinton’s stance on fracking (she mistakenly thinks methane gas is a “bridge fuel”). And I do not think she takes climate change seriously enough to confront her fossil fuel corporate backers.  Nevertheless, at this point in the presidential race, it is very clear that a vote for Hillary Clinton is much more aligned with my values as a Christian than would be a vote for Donald Trump.

“But, but, what about the emails?” some sputter.  I reiterate what Forward Progressives co-founder Allen Clifton wrote in a recent column:  "Until I start seeing the private emails of the RNC, Donald Trump and everyone else who’s claimed her emails (even the ones Russians hacked and gave to WikiLeaks to distribute) ‘prove she’s corrupt,’ she’s being held to a standard that nobody else is being held to. I don’t see the RNC or Donald Trump eagerly publishing thousands upon thousands of pages of their personal emails for everyone to read . . .”

“But, but, what if she’s indicted?” Again, from Clifton:  “The truth of the matter is, even if you told me 6 months from now that the FBI was going to indict Clinton for mishandling classified information, I’d still vote for her . . . just as long as it keeps Donald Trump from becoming this nation’s president." [Read Clifton’s full piece here.]

Granted, this move is not some kind of Hollywood epiphany moment with singing violins and credits rolling on happy faces at the end of the movie.  We will be engaged in a long process filled with fits and starts, sudden jumps ahead, followed by stumbling backward with mistakes and missteps.  So we will need each other, we will need our houses of worship, we will need all of our resources of education, financial generosity, creativity, hearts for justice and minds for organization to apprentice ourselves to the blessing.

That’s what the Christian life is about.  We are apprenticing ourselves to the blessing.  And this apprenticeship means taking up the tools of the trade and learning to use them in order to help our country move from woes to blessings.  Among those tools is our ministry in the world – our vocation in our work, our volunteering, and yes, our voting.  IF you are a Christian, and IF you are considering whether or not to vote for Trump, ask yourself – am I voting for blessings or woes?  Am I voting for blessings for myself alone?  Or blessings to share in abundance? 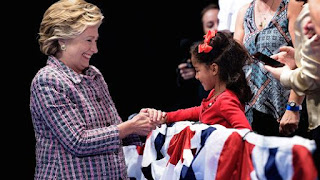 IF you are a Christian, the teachings of Jesus can and should inform your vote.  As you consider the candidacy of Hillary Clinton and the blessings and woes before us, cast your vote for the blessings.