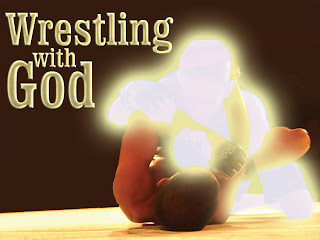 This passage from Genesis about Jacob wrestling with the mysterious stranger at the river is one of my favorite stories from the bible. I think the reason that it’s always resonated with me is because my maiden name is Jacobs, so I always felt an affinity for the character of Jacob in the bible. And this passage about the mysterious wrestling match has always been important for me because there have been times in my life when I’ve felt like I’ve been wrestling with myself, or my past, or even God.

I liked this passage so much, in fact, that I actually wrote paper on it for my Old Testament class in seminary. In my research for the paper, I examined the original Hebrew text and found some interesting things about word-plays used in the passage. But before I get into that, let me give you the backstory leading up to this event.

If you’ll recall, Jacob is a man of cunning and trickery. From the moment he emerges from the womb, grabbing the heel of his twin brother, Esau, he always seeks to gain the upper hand in life through underhanded means.
He went after his brother’s birthright and the blessing from his father that should have been for his older brother, both times using dirty tricks. Then he has to flee from his home to escape the murderous anger of Esau.

He finds himself alone in the desert and dreams of a ladder or stairway to heaven with angels going up and down upon it. And in the dream, God promises to be with him no matter what and eventually bring him back to his homeland.

Jacob goes onto the country of his Uncle Laban where he marries his daughters, Leah and Rachel. [See the connection here? Leah married Jacob -- Leah Jacobs. My parents were pretty clever. And my daughter’s name is Rachel. See we keep it in the family!] Jacob eventually acquires great wealth while working for his uncle. And then he feels the call from God to return to his home country. And Jacob is still up to his old tricks when preparing to meet Esau. He divided his entourage in two to protect at least half his property from his brother, whom he fears might seek revenge. Then he sent “gifts” of flocks ahead as a buffer between him and Esau.

So up until his wrestling match at the river Jabbok, Jacob’s methods of avoiding direct confrontation and outsmarting his opponents have been successful, garnering him women, children, and material wealth. But here is what Jacob is about to find out: The very God who enabled Jacob to achieve such success requires more. During that fateful night alone beside the river, Jacob finally faces the darkest parts of his personality, the fears about his past, and confronts the future that God has destined for him.

Now here’s where the interesting word-plays come into the scene. There are three of them. Let’s start with the words Jabbok/Jacob. Jabbok is the name of the river he is about to cross. And the Hebrew verb y’baq, means “to wrestle”. And both are twists on the name, “Jacob.” Jabbok is the river that is considered to border the frontier to the land promised Jacob and his ancestors -- the land of Canaan. So the setting is crucial to the upcoming event. 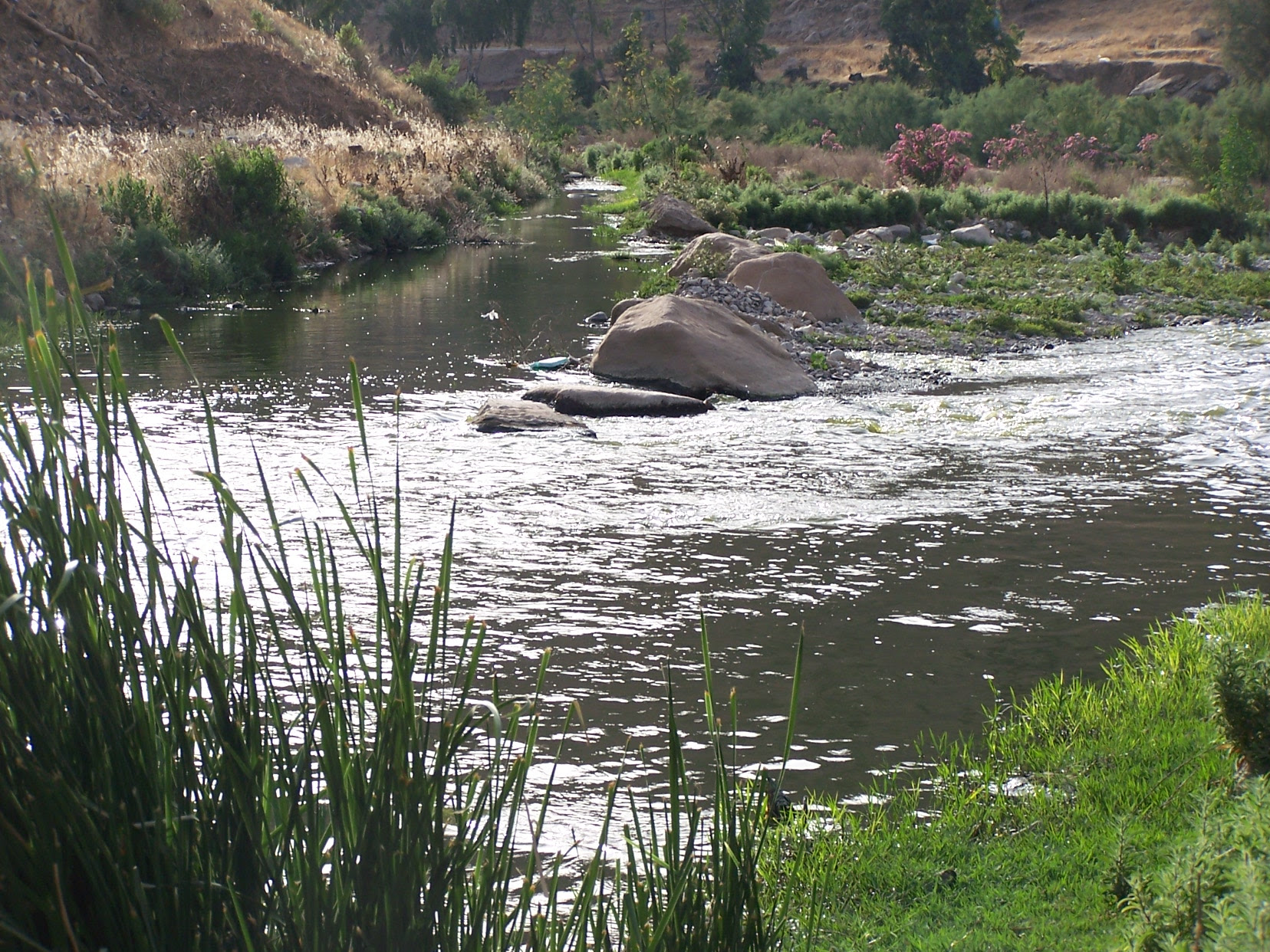 It is significant that Jacob deliberately sends his family and possessions across the river. It signifies that Jacob is separate from “the tangible evidence of [his] blessing, “ (Weis, p. 106). He is isolated from his identity which puts him in a state of vulnerability. It parallels his situation at Bethel, but this time he is choosing to be alone. He’s not running away, he’s going back. And he chooses to go alone. This shows that he is willing to face his destiny without any help or protection.

Now there is actually some debate among scholars about just who it is that Jacob wrestles.

Some scholars say it is just a river demon. Some say it’s an angel sent by God to test Jacob. There is even the possibility that Jacob is actually wrestling with himself, which plays off of the twins theme between him and Esau. There is certainly deliberate ambiguity in the text. Jacob was certainly feeling some guilt and fear about his past. The two figures are of equal strength. And the blow to the hollow of his thigh is a dirty trick - one that Jacob himself might use. This theory has some interesting implications as well. The nation of Israel has a history of wrestling with itself, as well as with outsiders. The tribes often fought among themselves, to which Jacob’s internal battle may allude.

But of all the possibilities as to who the stranger might be, I find that of God to be most interesting, and most consistent with future Biblical interpretation of the text. But why would God want to attack Jacob and wrestle with him? Why would God oppose Jacob coming back home, back to the land promised to him? Well, if we look carefully, we find that the attack of God is actually the encounter that Jacob himself sought. And it became the gift of grace that Jacob so desperately needed.

How does this grace come to Jacob? It comes in the form of a new name. And that leads us to the second word play. God gives Jacob the new name, Israel. The Hebrew word is yisre’eli, which has several meanings:
“May God contend.” “May God rule.” “Persevere.”

Remember when Jacob demands a blessing from the stranger, he asks Jacob’s name. This is not a chance question. It was intended to remind Jacob of another time when Isaac, his father, asked his name. And Jacob, the deceiver, answered, “Esau.” Now, before God he admits who he really is, all his sins, all his arrogance, all his deception. And it shows that he is repenting, making a decision to turn away from his deceptive ways. (Homgren, p. 9).

And, Jacob is showing a different side of himself to God. So God responds by giving Jacob a blessing - not one stolen from his older brother. But a genuine blessing. And yet, this blessing does not come without pain. Jacob sustains an injury to his groin which will have long-lasting effects. Remember, Jacob struck others where they were most vulnerable. Now God has struck him in his most vulnerable spot.

From now on, he will walk with a limp, signifying that he can no longer stride with arrogance, but must take his steps with humility. It also means that he can father no more children, indicating that his ability to accumulate wealth is coming to an end. And it is a visible reminder to all who see him that he is a man who finally submitted to God.

As is often the case after an epiphany, the change is not fully realized right away. Remnants of the person’s old ways remain. Jacob is still not completely mature. He tries to appease his brother with gifts and flattery, and lies about his reason for not going to Seir with Esau to cover up his intention for returning to Canaan. Only in the ensuing years will Jacob grow into his new maturity as a man of God.

Hope comes in the morning.

There will be many times when we face “demons” or mysterious forces whom we cannot see or identify. Fighting in the dark against an unknown adversary is a common experience of humanity. Yet time and again, we somehow survive the battles and look back in awe at the blessing that came out of it. Remember, “At the very hour when Jacob might have been most discouraged about himself and his situation, a new day dawned,” (IB, p. 728). Which leads us to another lesson we can learn:

Blessing can emerge from pain.

Many people endure deep pain, suffer physical, mental and spiritual woundedness, and bear the scars of life’s “wrestling matches.” And sometimes there is a tendency to misdrect the anger, pain and negative feelings. But it is actually God whom you should confront when you suffer. Only God can truly handle our grief and transform it into something useful and meaningful. Jacob was willing to learn what God might do with a man who is lame. To learn that may be the last and greatest lesson for many a human soul.” (IB, p. 729.) Whatever your pain is, wherever your wound lies, wrestle with God about it and don’t let go until you get a blessing out of it. 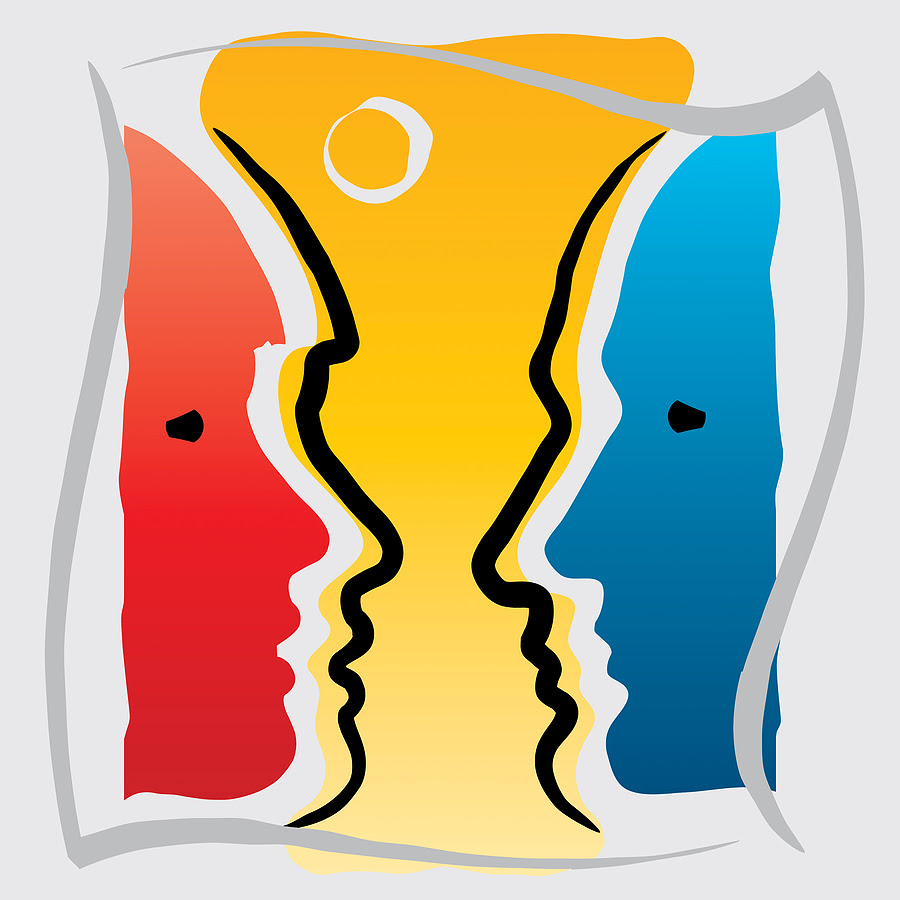 What is it, or who is it, that you have been avoiding? As we see from Jacob’s history, using questionable means to attain what we want and avoiding direct confrontation with someone or with God can mean not only risking what you already have, but can stunt your spiritual growth. This applies not just to individuals, but to communities as well. Especially as a church, we can be encouraged by this text to grapple with our human differences and seriously wrestle with the world in which we live. Because when we do this we will be spiritually alive and find ourselves encountering God. (Weis, p. 109.)

This story can even be seen as foreshadowing the struggle Jesus faced at the moment of his demise. Like Jacob, Jesus was separated from his companions and alone when he was attacked by the Romans and Jewish religious leaders. Who knows what demons Jesus may have faced when he prayed in the Garden of Gethsemane, when he hung on the cross, when he hovered on the precipice of death itself. But on the third morning, he, too, rose from the struggle triumphantly. And like Jacob, he had the wounds to show for it.

Coming to Penuel means coming face-to-face with yourself --- being honest with yourself, others, and God. There was honesty in Jacob’s struggle -- which is what God was looking for. This direct honesty is what God wants from us, too. If you want to receive a blessing, you must be honest - especially with God! Short cuts and tricks are not the way to receive God’s grace. And evading the consequences of our sin will only make the inevitable more painful. God cannot be conquered - to think otherwise is a sin of extreme hubris, or pride. Yet we are not to run away from meeting God face-to-face - this is a sin of cowardice.

Wrestling with God requires that you be vulnerable and honest. Yes, it may injure you. It will certainly humble you. But it will also transform you, change you. And you will receive the blessing that you need. Do not be afraid to come to Penuel. Because that is where you will encounter the grace of God. Amen. 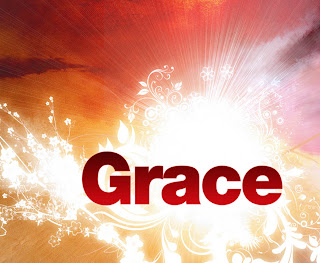