Disintegrationism: How We Got Here, Where We Go Next

How did we come to this point where a man misled by a fake news story about a completely made-up scenario of a criminal ring fronted by a pizza shop walks into the establishment firing his gun?

How did we come to this point where one-third of Americans still do not believe the science about climate change, one of whom is the president-elect who has called global warming “a hoax,” and another is his newly-appointed head of the Environmental Protection Agency, Scott Pruitt, who has perpetuated the patently false statement that “scientists continue to disagree about the degree and extend of global warming and its connection to the actions of mankind.”

How did we come to this point where fabrications about entire groups of people (all Mexicans are “rapists,” all Muslims are “terrorists”) spouted by the president-elect of the United States can become accepted as fact and justify hate crimes against these communities?

And from a progressive Christian perspective, what is the church’s role in this time of unprecedented upheaval in reality?

These questions have churned in my mind following the presidential election, urging me to search for ways to make sense of this bizarre reality we now live in.  So I’ve been wondering if what we are observing is an inevitable consequence of the era of postmodernism?   (I’m about to get a bit academic and intellectual here, but stay with me – the pay-off is coming.)  Postmodernism is a philosophical system that emerged following the two World Wars and brought with it a questioning of all received truth and ways of knowing. Postmodernism arose in response to modernism, a period spanning about 300 years (1648 – mid-1900s) that included the Age of Enlightenment which stressed order, universal foundations, and truths based on science and reasoning.  While modernism’s goal was enlightened human rationalism and the establishment of power for the good of the many, in reality it was only the white, wealthy male elite who benefited.  And the unified narratives not only discounted women, people of color, and colonized people, they led to a clash of competing ideologies that resulted in two back-to-back catastrophic global wars.

Like modernism, the goals of postmodernism were noble – freeing people from oppression and validating alternative voices.  Different perspectives and the deconstruction of the totalizing hegemonic narratives enabled the rise of feminism, queer studies, liberation theology, environmentalism, and post-colonialism. But the rejection of objective truth has come at the expense of the ability to speak of “truth” at all.

For many decades, the strongest reaction against postmodernism has been fundamentalism.   Fundamentalism not only insists on one truth, it claims that this truth has been divinely revealed, and, further, it demands that this truth should be imposed on everyone.  In some ways, fundamentalism is a throw-back to pre-modernism, which was the predominant mindset of humankind up until the 1600’s.  The premodern mind not only unquestioningly assented to Ultimate Truth, it believed that God or the gods revealed this truth to humanity.  Thus sacred texts and religious leaders were the primary arbiters of reality.  Today, the evolution of fundamentalism in the 2000s has been like premodernism on steroids due to the reach and organizational power of the Internet combined with the firepower of modern-day weaponry.

(Understand, of course, that elements of all three eras – premodernism, modernism and post-modernism/fundamentalism – have been present throughout human history, despite whatever philosophical worldview was dominant at the time.  As well, this progression of “eras” as I’ve described it is not only oversimplified, it is predominantly a Western-based movement that does not always take other global cultures into consideration.)

The influences of premodernism, modernism and postmodernism are still at work on human society at the individual and collective levels.  But now it appears as if another phenomenon is taking hold which is cause for grave concern.  The word to describe this period has not yet been articulated.  But a poem by William Butler Yeats (1865 – 1939) entitled “The Second Coming” uncannily captures the feeling of this phenomenon:

Turning and turning in the widening gyre
The falcon cannot hear the falconer;
Things fall apart; the center cannot hold;
Mere anarchy is loosed upon the world,
The blood-dimmed tide is loosed, and everywhere
The ceremony of innocence is drowned;
The best lack all conviction, while the worst
Are full of passionate intensity. 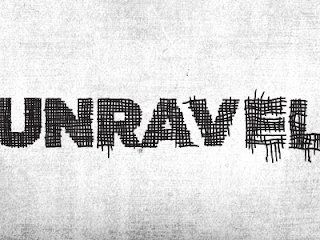 Yeats’ words written at the conclusion of WWI eerily foreshadow our own era.  So we might call this time we’re in “post-centerism.”  Or perhaps “disintegrationism.”  However we choose to name it, this phenomenon is beyond the post-structuralism and deconstructionism that were off-shoots of the postmodern era.  Because those movements sought liberation.  What we’re experiencing now is like an auto-immune disorder, where the very systems that have served human society (flawed though they were) have turned against humanity itself and result in self-destruction.  Something sinister has overtaken the premises of postmodernism in order to unravel the fabric of human community, like a flesh-eating disease that is attacking us at the cellular level. [For a more scholarly treatment of this phenomenon, please see this excellent article by Whitney A. Bauman, Associate Professor of Religious Studies at Florida International University: http://wabashcenter.typepad.com/teaching_religion_politic/2017/02/confronting-alternative-facts-in-a-post-modern-classroom-educating-planetary-citizens.html.]

As a Christian, a recent pastor, and now a seminary professor teaching preaching, I make the argument that the church’s role in this time is two-fold:
1) to reclaim the theological language we use to describe evil
2) to re-establish a moral and ethical center based on life-giving values shared with other religions and non-religious people of good will.
In Part Two of this series, we’ll look at the first task of the church – naming and confronting evil.  In Part Three, we’ll take up the second task – identifying and establishing the moral and ethical center.

In the meantime, if you have been feeling anxious, unsettled, distracted, unfocused, angry and afraid during these last few weeks and months, understand that those feelings are normal and actually healthy.  Because they are your mind and your body’s way of telling you that something is wrong.  When something or someone messes with your sense of reality, manipulates your perception of truth, and disorients you to the point where you question your own sanity, this means that something wicked is at work.  One word for it is gaslighting, and it is one of the most sinister forms of psychological abuse there is. (I suggest reading this helpful article about gaslighting before moving on to Part Two of this series.)

You may have noticed that no matter how hard you’re trying to be positive, make a contribution to the good of the world, and align yourself with acts of resistance to the evil at hand, you just can’t shake this feeling that something is off, something is amiss.  You’re not crazy.  Something is terribly wrong.   And together we’ll follow this through to find the strategies to neutralize this evil and return ourselves – and our world – to a place of centered sanity and re-integration.

Leah Schade is the author of the book Creation-Crisis Preaching: Ecology, Theology and the Pulpit (Chalice Press, 2015). She is the Assistant Professor of Preaching and Worship at Lexington Theological Seminary in Kentucky, and an ordained minister of the Evangelical Lutheran Church in America.  The views expressed in this blog are her own and do not necessarily represent the institutions she serves.