How a strange parable from Jesus can give us the wisdom we need to address the environmental/climate crisis - and any other crisis of our own making. 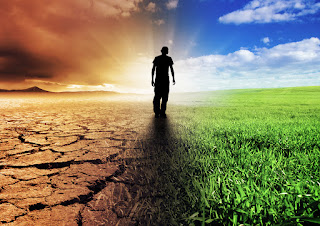 On the surface, this parable looks like one we ought to hide in a box called “Things I Wish Jesus Hadn’t Said.”  But as we’ll see, this confounding passage from Luke has a very important lesson for us as caretakers of God’s Creation, and as stewards of other responsibilities entrusted to us as well.

It’s the story of a rich man’s household manager who squandered his boss’ property, much like the prodigal son wasted the inheritance from his father in the previous parable (Luke 15:11-32).  The manager is brought before his boss to answer for the way he misused and neglected what had been entrusted to him.  And to be told to pack up the trinkets on his desk because security is ready to escort him from the building.  In a moment of devastating clarity, the manager realizes what a mess he’s made for himself, his boss, and for his future.

But when he goes back to his desk he quickly makes some calls to every one of the clients who owe his boss money.  He makes some fast deals for them to pay fifty or eighty cents on the dollar, and to pay it now, in cash, and he’ll mark the debt as paid.  What would have taken years of trickling repayment took minutes instead, and resulted in a huge chunk of funds on the spot.  The full amount he lost in the long run was compensated by the immediate inflow of cash.  The clients are happy, the boss is happy, and (presumably) the manager gets to keep his job.  Everybody wins!

Then Jesus follows up the story with these words:  “Make friends for yourselves by means of dishonest wealth so that when it is gone, they may welcome you into the eternal homes,” (Luke 16:90).  Huh? A dishonest man who cheats his employer and is then commended for having acted “shrewdly” (NRSV) becomes an object lesson for the Kingdom of God?  What’s going on here?  Is Jesus actually advising us to scam and cheat and swindle our way into salvation?

Hardly.  Part of the problem with this text is the way the Greek has been rendered in some translations.  The word “shrewdly” in verse 8 is phronimos, which translates to “wise” and “prudent.”  Phronesis was one of the virtues extolled by the Greek philosopher Aristotle who said that prudence is the virtue of practical thought that involves the application of wisdom, intellect, forethought, investigation, deliberation, calculation, and judgment. According to Aristotle, “all the virtues will be present when the one virtue, prudence, is present,” (Robert C. Bartlett and Susan D. Collins, Artistotle's Nicomachean Ethics; Chicago, IL: The University of Chicago Press, 2011; 134).

So what we are seeing here is a man who had squandered what had been entrusted to him, but in a moment of crisis redeems himself by following the most prudent course of action.  Does it make up for the sins of his past?  No.  But he has at least salvaged what was left and made the best of a bad situation.  This crisis was a teachable moment.  The manager had a decision to make.  He could have broken down, he could have given up, he could have panicked. Instead he did some fast thinking, came up with a plan, reached out to others, and showed what kind of person he could be when it came down to the wire.  Now his boss can say: See what happened here?  See what you’re capable of?  This is the kind of person I want you to be.  I now know you can be better than you have shown yourself to be thus far.  Keep doing this – being resourceful, networking with others, taking care of the resources with which I have entrusted you.

Humanity has been like the manager in this parable by the ways we have squandered the household of Earth and Earth's resources.  Everything from forests disappearing, to species of plants and animals going extinct at alarming rates, to island-size mounds of trash floating in our oceans, to a climate that is being devastated by the use of carbon-based fuels are all clear evidence that we have misused and neglected what had been entrusted to us by God.

And now we’re being held accountable for what we hath wrought.  Massive hurricanes and typhoons, rising sea levels decimating costal habitations, earthquakes and contaminated water from fracking, simultaneous floods and droughts, bleaching coral reefs, and countless instances of environmental devastation are just a few of the myriad consequences both of our actions, and our refusal to act to head off these disasters. For millions of people across the globe this is the moment of devastating clarity realizing what a mess we’ve made for ourselves, for God, and for this planet’s future. 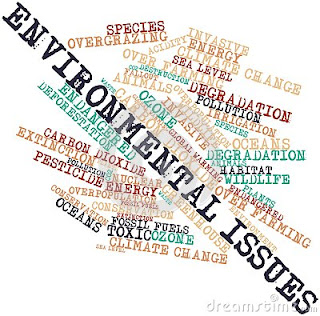 But here’s the thing – there is still an opportunity to salvage something.  Individuals, communities and organizations are working feverishly to raise awareness about what’s happening and to do everything possible to preserve what’s left, to stem the flow of garbage and fossil fuel emissions and self-serving greed that has impoverished so many.  And these people and groups are networking with each other, combining their know-how and resources and creativity in ways that show us what humanity is capable of when we answer to the angels of our better nature (as Abraham Lincoln put it).  When faced with this crisis, we are seeing phronesis – prudence and wisdom – guiding our long-term planning, as well as our short-term decisions and actions.

Does what we’re doing make up for the sins we have committed against God’s Creation?  No.  As Josh Fox's film How to Let Go, starkly shows - we can't ever get back what we squandered.  Earth has changed forever and we are now living on a different planet than we did before the Industrial Revolution, even before the last decade.

But there are ways to creatively salvage what's left.  As Bill McKibben so rightly asserts, we need to mobilize ourselves for this crisis, indeed for this war, just as the previous Greatest Generation did with World War II.  “We’ve waited so long to fight back in this war that total victory is impossible, and total defeat can’t be ruled out,” he observes.  So now is the time to marshal all our powers of wisdom, intellect, forethought, investigation, deliberation, calculation and judgment.  Now is the time to take action, to connect, to make the sacrifices in order to salvage what is left. (Two sites I recommend are:  http://www.howtoletgomovie.com/action.html; and https://350.org/). 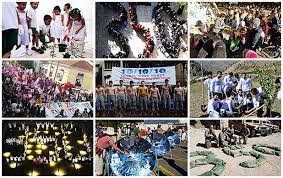 Salvage work is messy, risky, and subject to failure.  Salvage work necessitates coming into contact with what is corrupt, touching the unclean, risking contamination. . . To say that Christians are involved in salvaging is to understand our own character as a being-salvaged community committed to the salvage of the world.  We are not somehow above the debris, but are part of the material being salvaged.  We join God in the ongoing salvage of the world.  To salvage involves getting dirty, taking risks, courting failure and social rejection. (Susan Bond, Trouble with Jesus, St. Louis, MI: Chalice Press, 1999; 142.)

Which means that salvaging efforts can work in other areas, too.  In your marriage, in your relationship with your sister, in your church, in your relationship with God . . . if you’ve messed up, if you’ve squandered and neglected and wasted what was entrusted to you – there is still an opportunity to take what remains and make the best of it.  The phronesis – the wisdom and prudence of God – is already at the desk making those calls.