The following is my testimony for the listening sessions the DEP is holding throughout the state to gather citizen input as it considers how Pennsylvania can best implement the Clean Power Plan, which our country adopted to reduce carbon pollution from power plants - the nation's biggest source of climate change emissions.

First, I want to thank the DEP and Secretary Quigly for gathering citizen input on the formulation of the state's strategies for meeting the Clean Power Plan targets.  Climate change poses grave threats to present and future generations of Pennsylvanians, so the Commonwealth must take immediate action against climate change.  A strong state plan to implement the CPP is the most important near-term action Pennsylvania can take. I offer this testimony today on behalf of myself, my husband and two young children, and my congregation, United in Christ Lutheran Church in Lewisburg, to express my support for the DEP to do two things to meet the Clean Power Plan: 1) encourage energy conservation, and 2) refuse to entertain any thought of allowing methane gas to be a means by which to meet the targets. 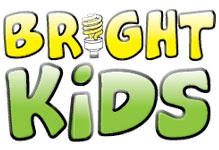 Just this week, my elementary-age son received a “Bright Kids” kit at his school from PP&L with three free LED light bulbs and materials to help him learn about energy conservation.  Just that small investment from the power company will help our home save energy, save money, and cut our carbon emissions.  Imagine if all power companies were required to provide such kits to every one of their customers.  Energy efficiency is cheaper than any type of electricity, new or existing, fossil or renewable.  We should be investing in energy efficiency first to displace new and existing fossil fuel energy generation.  This way, even if rates go up, bills will stay the same or go down.

In regards to my second concern about methane gas, I served as a member of the task force on slickwater hydraulic fracturing for the Upper Susquehanna Synod of the Evangelical Lutheran Church in America.  We spent two years studying the ethical and moral issues surrounding fracking.  I have also been a member of several environmental groups that study and bear witness to the harmful effects of the shale gas industry in our state and across the country. The Clean Power Plan undervalues the warming impact of methane gas in two important ways. First, the CPP regulates stack emissions, not upstream emissions, so the impact of the methane leakage from wells and infrastructure is largely invisible to the Plan.

Second, methane is a greenhouse gas even more potent than carbon dioxide.  The total lifecycle emissions from methane-gas-fired power plants, including leakage during production, processing, and transmission, emissions flaring at gas wells, and energy consumed in the production and transport of liquefied natural gas have the potential to send greenhouse gases on our planet into out-of-control levels.
While the most recent report of the Intergovernmental Panel on Climate Change states that methane is 86 times more powerful as a greenhouse gas than carbon dioxide over a 20 year period, the Clean Power Plan relies on an outdated figure previously published by the IPCC, stating that methane is only 25 times more powerful than carbon dioxide over 100 years, a timeframe that is hardly relevant given the Plan’s goal to reduce emissions by 2030.   The bottom line is that the more Pennsylvania’s plan avoids relying on shale gas, the faster we can make lasting efforts to reduce emissions.

By some estimates, if Pennsylvania designs a strong plan centered on low-carbon solutions, we could generate at least 5,100 new jobs in the energy efficiency sector and save local businesses at least $241 million on energy bills in 2020. We can also expect to see an additional $17 billion in investment come to our state's clean energy projects.

I am committed to helping people of faith learn how to do their part to care for God’s Creation and address ecological justice issues.  The Clean Power Plan should lead to significant climate and public health benefits for all, especially minority, low-income, and indigenous communities. The crafters of the plan must also be vigilant about identifying and closing any loopholes that would enable carbon emitters to skirt either the letter and/or spirit of the law.


In conclusion, I call for the DEP to move toward a plan that shuns reliance on shale gas and embraces clean, renewable energy, along with energy conservation, all of which has the potential to create jobs, reduce greenhouse gases, and power our state in sustainable ways.  I urge the DEP to make the plan as strong as possible, exceeding the federal specs, and to do everything within its power to move our state away from fossil fuels and toward solar, wind, and geothermal, as well as greatly increased energy efficiency and conservation.  Thank you. 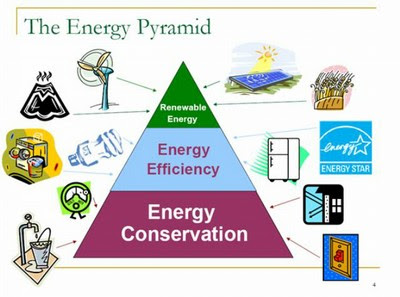