Care for Creation Commentary on the Common Lectionary


“If a house is divided against itself, that house will not be able to stand,” (Mark 3:25).  So notes Jesus when answering accusations that he is in league with demonic forces and drawing on them for his power to exorcise those same spirits.  The readings today can be explored through an ecohermeneutic with the following question:  What does it mean to live in a house divided against itself?


It is worth noting that the Greek word for house is oikos, from which we derive words such as “ecology” and “economy.”  When we think of the “house” in expanded terms to include the very Earth itself – the household we share with our Earth-kin – we can see that there has been a disconnect between humanity and God's Creation. Human beings are spiritually alienated from the soil, the water, the flora and the fauna of the planet we call home. A rupture in the relationship has divorced us from those with whom we share this oikos.
Whence began this rupture that has so divided the house?  The iconic story in Genesis 3 provides valuable insights.


Most people see this story as the explanation for the concept of Original Sin - the doctrine that all human beings are born into a sinful state because of the fall of Adam and Eve due to their decision to eat from the Tree of Knowledge.  But there is another way to view this story.  The preacher may want to shift the traditional interpretation of the story of “The Fall” from mere anthropocentric sin to that of original anthropogenic sin – humanity’s first crime against nature. The myth of the “fall” of human beings has specific application to the current environmental crisis. This story shows us that God set out limits for human beings in how they were to exist in the garden. For the good of Adam and Eve, for the good of the tree, for the good of the entire garden, God essentially said: “This far and no farther.” God established a boundary for the mutual protection of the relationship between humankind and the created world.

But the original humans neither respected these boundaries nor obeyed the limits God set for them. They ignored the warnings, flouted the rules, and crossed the line. There’s almost a feeling of entitlement we sense from Eve and Adam’s rationalization of their disobedience. It’s as if they’re saying, “This is our garden after all. God gave it to us. We should be allowed to do anything we want with it. Look, the fruit is good to eat. It will make us smarter, better, richer. God just doesn’t want us to be like God. God’s afraid we’ll know what God knows. And why shouldn’t we?”

And because of this arrogance, there is an immediate cascade of events that shatters the relationships of paradise. The humans hide from God, and are not honest with God or themselves. They blame each other, and they blame one of God’s creatures for the temptation. They refuse to accept responsibility for what has happened, but the consequences are unavoidable. The house is now divided.  From that point on, their relationship with the earth is cursed: "Cursed is the ground because of you; through painful toil you will eat of it all the days of your life." (Genesis 3:17b , RSV). All because of human beings’ insistence that we can have whatever we want whenever we want it, no matter what the cost or the consequence.


And now this house that has been divided against itself is collapsing.  Our preaching must honestly name the truth that we see around us by pointing out the ways in which our anthropogenic sin is polluting the air, water and land. 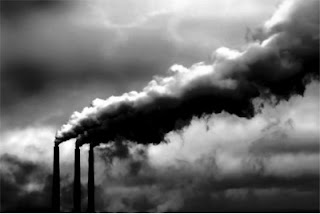 In Lutheran theological terms, this is the Law we must articulate in order for the mirror to be held up to what is really there.  Only by honestly confronting this reality can we open ourselves to Jesus’ power and begin to counteract the demonic forces at work.  In the words of Tom Ravetz in the Journal for the Renewal of Religion and Theology, we “can accept the reality of the situation without flinching because we see its place in the development of the world. We see, too, where we can help to redeem it, letting its deeper meaning shine forth. We can accept the reality of the dying earth, because we know that we are engaged in its re-enlivening.”[1]


Rather than speak about this rupture in a general way, the preacher would do well to refer to a context-specific environmental problem which will concretize the message for listeners.  For example, what is a local waterway or abandoned lot, or brownfield site, or air quality issue that has an impact on the hearers’ lives and community?  In what ways has this issue caused a rupture in the oikos and harmed the kin of the household?


Take care that the sermon does not end with guilt-inducing Law that leaves the listener without hope. Rather, our preaching must proclaim God’s intention and action to heal and restore the oikos. For instance, what are things that are being done, or have been done, to address the problem?  What local groups are pulling trash out of the river?  What legislation is being proposed to address the air quality issue?  What faith communities have come together to plant community gardens to help feed their neighbors?  Knowing that this work is being done – and inviting listeners to join in those efforts – helps proclaim the Gospel so that the faithful recognize the “sisters, brothers and mothers” of Jesus doing the work to repair the ruptures, heal the wounds, and set the house aright.
By lifting up these instances of hope, we realize that, in fact, Jesus is not aligned with the demonic, but with the divine.  All of his miracles, exorcisms, teachings, and walk to Calvary clearly demonstrate his commitment not to dividing the house, but uniting it under God’s healing love.  It is that love that enables us to wait, as Psalm 130 entreats us, and not to lose heart, as Paul encourages us.


[1] Tom Ravetz, "Reenlivening the Dying Earth," Journal for the Renewal of Religion and Theology December 2006.


This commentary can also be accessed at the website for Lutherans Restoring Creation, an excellent resource for ecological theology in worship and preaching.
http://www.lutheransrestoringcreation.org/the-second-sunday-after-pentecost-in-year-b-2015
Posted by Unknown at 7:35 AM