Border Children: Like Moses on Mt. Nebo, Longing for the Promised Land

As most of you know, we are in the midst of a sermon series on mountains in the Bible.  Today we are on Mt. Nebo, also called Pisgah, where Moses stands wistfully looking out over the Promised Land, knowing that this is as close as he'll ever get to it before he dies.  It is a bittersweet moment.  You can't help but be filled with pathos, imagining this great leader of Israel standing alone on the mountain, the presence of the Lord surrounding him, the wind gently blowing his long, white beard, listening to the silence as he gazes across the vista. 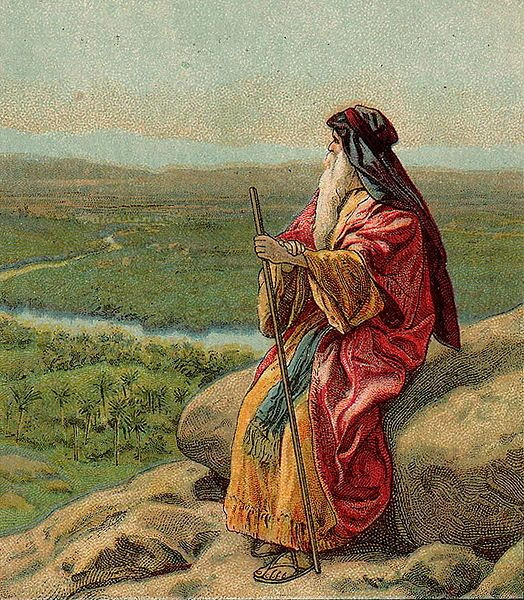 If you've ever been to the top of a mountain, you know the feeling.  You are aware that you're as high as you'll ever be, granted a view of the surrounding landscape that fills you with feelings of majesty and awe.  And yet there is a sadness, knowing that you can't stay on the mountaintop forever.  Eventually, you have to come down.  The clean air, the stunning view, the feeling of being so close to heaven - it will all be just a memory once you're back on level ground.  And for Moses, when he leaves this mountaintop, he knows he's going to his death.  He must have lingered there many hours before the voice finally said, "Come on, Moses - it's time to go."  And heaving a heavy sigh, he tears his eyes away from this last, best view and begins his descent down the mountain.

What makes this last scene especially heartbreaking is that Moses knows that after all those years of wandering in the wilderness, he will never actually step foot into the Promised Land.  After bringing his people out of slavery in Egypt, after enduring the hardships of the wilderness, after putting up with the complaining and whining and near-revolts of the people, his final hope will never be realized.  And it’s all because of one mistake, one instance of faithlessness, that results in Moses coming away from Mt. Nebo with only a distant view of the land of milk and honey.

Have you ever worked so hard for something, endured so much, withstood so many hardships, only to be turned away just when you thought you were about to reap the reward for your labor?  The heartbreak can be crushing, especially when it appears that God is either punishing you for your mistakes, or simply is not following through on the promise you thought had been made.  Perhaps you have stood on your own Mt. Nebo, gazing wistfully in the distance at what you thought was your destination, only to learn that, in fact, you will never actually get there.

Many of you have heard about the refugee crisis on the southern border of the United States, where tens of thousands of children from Central America have flooded facilities seeking asylum.  Many people think that the children are sneaking in illegally or trying to bring in drugs, when in fact, they have presented themselves to border patrols as asylum-seekers, and, thus, are in the country legally.  The rhetoric about the situation is getting heated and hateful. But the facts are:  these are children, they are without their parents, they are lost and alone and afraid.  And for many of them, they are standing like Moses on Mt. Nebo, wistfully viewing a land of safety from afar, but never actually being able to enter.

Bishop Michael Rinehart of the Gulf Coast Synod visited the transition centers and talked with the children, with volunteers, border patrol and lawyers. He explains in his blog that violence in Central America is on the rise. Poverty leads to desperate measures. Honduras has the highest murder rate in the world.

One of the young boys, age 13, was told by the gangs that he had to join or be murdered. “He refused and they beat him nearly to death. A year later they came back again with the same demand. After refusing they ran him over with a car. His mother gave him $30 and told him to go north.  Hitchhiking on trains he made it to Mexico, where he was kidnapped and held for ransom. Escaping, he crossed the river and was picked up by US Border Patrol. He was treated poorly in a harsh detention facility until the local sheriff stepped in. In time he was settled with a foster family, but after a month he was picked up by immigration.” Now he is behind bars, waiting either for another foster family to take him in, or to be sent back to the gangs in his homeland.  http://bishopmike.com/2014/07/18/a-visit-with-children-at-the-border/

Like Moses on Mt. Nebo, this young boy, and the rest of the children at the border, was fleeing violence and oppression in a land where they were treated as nothing more than slaves for gangs.  Like the Israelites who had fled from the violence and slavery in Egypt, they journeyed through the wilderness and all its many dangers, hoping against hope that they will make it to the Promised Land of our country where they will be safe.  But so many of them will be turned away by a nation fearful of them and what people think they bring with them – disease, drugs, laziness, unwillingness to learn the English language, another mouth to feed and take advantage of the system. They, like Moses, will come away from Mt. Nebo with nothing but frustrated hopes and disappointment, and many will face certain death if returned to their home countries.

You may have strong feelings that these children should not be allowed into our country.  But regardless of your feelings, there’s something we can learn from these children, and from their faith journey, just as we can learn from Moses.   When he stood on that mountaintop knowing he had failed, he did not whine about it.  He did not blame anyone.  He did not try to argue with God.  He willingly passed the mantle of leadership onto Joshua, not desperately grabbing at the reins to secure his own thirst for power, as we see so many leaders do.  He entrusted his life and his death to God.

These children at the border also entrust their lives to God.  The Rev. Bishop Claire Burkat of the Southeastern PA Synod, in a sermon to the gathering of the Women of the ELCA a few weeks ago, shared some really moving stories about how the church is ministering to those children.  She shared about a woman named Martha and her husband Gabriel.  “They have opened their homes to these children, as part of the network of transitional group foster care.  Since the facility opened in April over eighty children of God have been guests in their home.  ‘The children are afraid when they come to us,’ said Gabriel. ‘ But this is their ‘promised land’ given everything they have been through. These children come with remarkable faith. We pray with them at night, at meals.  Some of these children become “little evangelists” because they are welcomed here and their faith is nurtured.’  In the faces of Martha and Gabriel, and in the faces of the children, you can see the faith of Jesus.”

You see, the church comes alongside those who stand on Mt. Nebo and reminds them that no matter what awaits them on the way back down the mountain, the love of God is there as well.  There is a woman named Kathy Herzberg who is a member of an ELCA Congregation, Our Savior in McAllen, Texas.  She volunteers with other Lutherans along with parishioners from Sacred Heart Catholic Church. Catholics and Lutherans together are working day and night. Kathy manages the teams of volunteers who feed, clothe and care for border children.  Every day teams of volunteers launder 10—20 loads, seven days a week.  Love and Laundry – that’s how the church stands on Mt. Nebo with the children who are longing for a promised land of safety. (Visit Lutheran Immigration and Refugee Services to learn more about how you can help the children at the border:  http://lirs.org/).

Because Christians remember another refugee who fled with his parents from violence in his homeland. 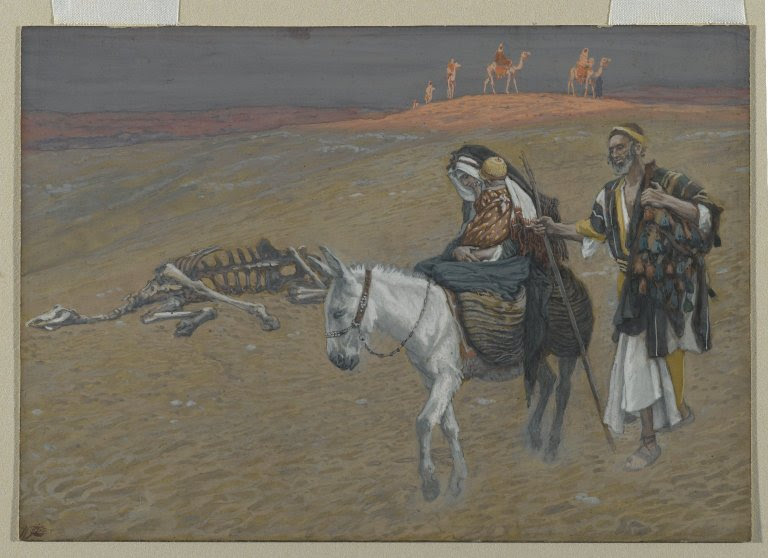 The child Jesus was a refugee from the murderous rampage of Herod and his gangs, seeking asylum in a foreign land.  Ironically, that country was Egypt, where his ancestors had been slaves.  Apparently since that time, the hearts of the people in that land had softened and changed, and they were kind enough to allow that child and his parents into their country.

Later, as a grown man, Jesus would come to know the same frustration that Moses had experienced, having traveled through so many wildernesses, trying to lead the people to the Promised Land of God’s love, forgiveness and reconciliation.  But like Moses on Mt. Nebo, Jesus could only stand and look out on the future with wistfulness, saying, “How often have I desired to gather your children together as a hen gathers her brood under her wings, and you were not willing!”

The church of Jesus has not forgotten that longing.  While others may be screaming at the children to leave, or bringing in soldiers with guns to keep them away, the church stands quietly with her arms outstretched, like a mother hen welcoming the children.

“There is a sign out in front of Martha and Gabriel's home in Spanish.  La última parada de un largo viaje. Bienvenidos. In English it reads: The last stop of a long journey.  Welcome.’

Perhaps Moses, too, felt welcome as he came down that mountain.  He entrusted his life to God.  God had never abandoned him.  And he knew with certainty that he could entrust his death to God.  Perhaps you, too, can come to trust that no matter what frustrations you have experienced, no matter how many disappointments and failed hopes you suffered through, there is a welcome sign put out for you, too.