Watch the video of this sermon here:  https://www.youtube.com/watch?v=VwL51yltXPw#t=60

The Rev. Dr. Leah D. Schade, PhD
Ezekiel 47:1-14; John 9:1-41
United in Christ Lutheran Church, Lewisburg, PA
April 6, 2014
[Begin singing “Dem Bones.”]
I remember the first time I looked at dry bones.  I was walking in the woods as a kid, exploring along a deer trail that went along a little creek winding its way through a valley of trees.  Suddenly I came upon a skeleton of an animal, the white bones jutting up out of the soil.

A small patch of fur was the only thing left of what had covered those bones.  They had been picked clean by turkey buzzards, beetles, and invisible microbes.  It was a bit horrifying for an eleven-year-old, seeing the remains of death so clearly out in the open.  “Can these bones live?”

A short time later, I saw another collection of bones.  One of the more ambitious students in my 6th grade class decided she wanted to reconstruct the entire skeleton of a chicken for her science project.  She and her father spent countless hours identifying the tiny bones and wiring and gluing them together piece by piece, joint to joint, until she had a macabre display of the inner bone structure of that chicken.

My classmates and I gathered around her display silently, awed both by the meticulous work she had done, and the shiny blue ribbon that adorned her tri-fold poster display.  “Can these bones live?”  She later went on to become a doctor and undoubtedly fixed and reconstructed countless bones in her practice.

But what Ezekiel sees in that desolate valley of his dreams is no science project.  Nor is it a sorry skeleton of one decayed animal in the woods.  He’s looking at an entire community of people decimated, their lives long ago destroyed and their flesh just a dried up memory.

It is generally assumed by biblical scholars that Ezekiel was transported to Babylon along with the rest of what remained of Israel during the first exile very early in the 6thcentury B.C.E. The prophet watched King Nebuchadnezzar destroy Jerusalem to nothing but a pile of smoldering rubble, thousands of people murdered in the streets.  And he suffered with his remaining kinsfolk as slaves in Babylon, the memory of charred bones seared into their brains.  So when Ezekiel dreams of "dry bones," this is no idle nightmare.  This is a vivid mirror of the remains of his community.  The bones have been there a long time, picked clean, weathered, and bleached as desert sand. “Can these bones live?”

Ezekiel answers the question by deflecting it back to God.  “O Lord, only you know.”

But God puts it right back to Ezekiel.  “Prophesy to the bones and say to them, ‘Dry bones, hear the word of the Lord.”

So Ezekiel, in a sense, preaches to those old dead bones.  And sure enough, like a scene from Night on Bald Mountain, the bones begin to rattle together, skeletons assembling themselves like some kind of ossified congregation.  Then before his very eyes, flesh forms over the bones until every last figure is covered with brand new skin.  But the bodies are not yet alive.  For that a second sermon is needed.

This time Ezekiel is told to prophesy to the wind, the ruah, to invoke the very Spirit of God so that it may enter into those lifeless bodies and revive them.  In a great rush the wind blew in – the same wind that blew across the waters of creation; the same wind that parted the Red Sea; the same wind that will, in the future, blow into an upper room of bereft disciples in Jerusalem on the Day of Pentecost.  This wind – the same wind that was first blown into the lungs of Adam – now is blown into the lungs of this great congregation of Israel.  "’I will put My Spirit in you, and you shall live, and I will place you in your own land. Then you shall know that I, the LORD, have spoken it and performed it,’ says the LORD.'"  This community that was dead in their bodies, dead in their faith, dead in their hope, is promised life again through the power of God.

Tony Morrison described another kind of dry-bones community in her book Beloved (1987), about the former slave population in post-Civil War America.  Every Saturday in the summer, the old woman preacher named Baby Suggs would go out to a place in the woods called The Clearing, with all the men, women and children following her.  There on a huge flat rock she would stand and preach to a gathering of what were essentially dry bones.  Men and women beaten physically and emotionally, their skin scarred, their bodies ravaged, their families ripped apart.  Children who had watched their parents humiliated, and who themselves had suffered hunger and physical abuse.  They were the remains of generations of human beings dragged from their homelands in Africa, much like Ezekiel and the Israelites many centuries before.

“Can these bones live?”

Baby Suggs prophesies: “Here,” she said, “in this here place, we flesh; flesh that weeps, laughs; flesh that dances on bare feet in grass. Love it. Love it hard. Yonder they do not love your flesh. They despise it… No more do they love the skin on your back. Yonder they flay it. And O my people they do not love your hands. Those they only use, tie, bind, chop off and leave empty. Love your hands! Love them! Raise them up and kiss them. Touch others with them, pat them together, stroke them on your face ‘cause they don’t love that either. You got to love it.”
http://www.everydaycitizen.com/2009/07/baby_suggs_sermon.html
"This is flesh I’m talking about here. Flesh that needs to be loved. Feet that need to rest and to dance; backs that need support; shoulders that need arms, strong arms I’m telling you. And oh my people, out yonder, hear me, they do not love your neck unnoosed and straight. So love your neck; put a hand on it, grace it, stroke it, and hold it up. And all your inside parts that they’d just as soon slop for hogs, you got to love them. The dark, dark liver - love it, love it, and the beat and beating heart, love that too. More than eyes or feet… More than your life-holding womb and your live-giving private parts, hear me now, love your heart. For this is the prize."

The very breath of Baby Suggs preaching to that community brought God’s life back into them.

We are not a gathering of folks who have memory of such oppression and generational decimation.  But there are some among us who have known what it is to have their bodies treated as objects and abused.

There are others who have watched their bodies broken in accidents, deteriorated by age or ill health.  And some of us have watched our loved ones reduced to nothing but dry bones.  The cemetery just outside these walls reminds us every week that we are surrounded by the memory of death. 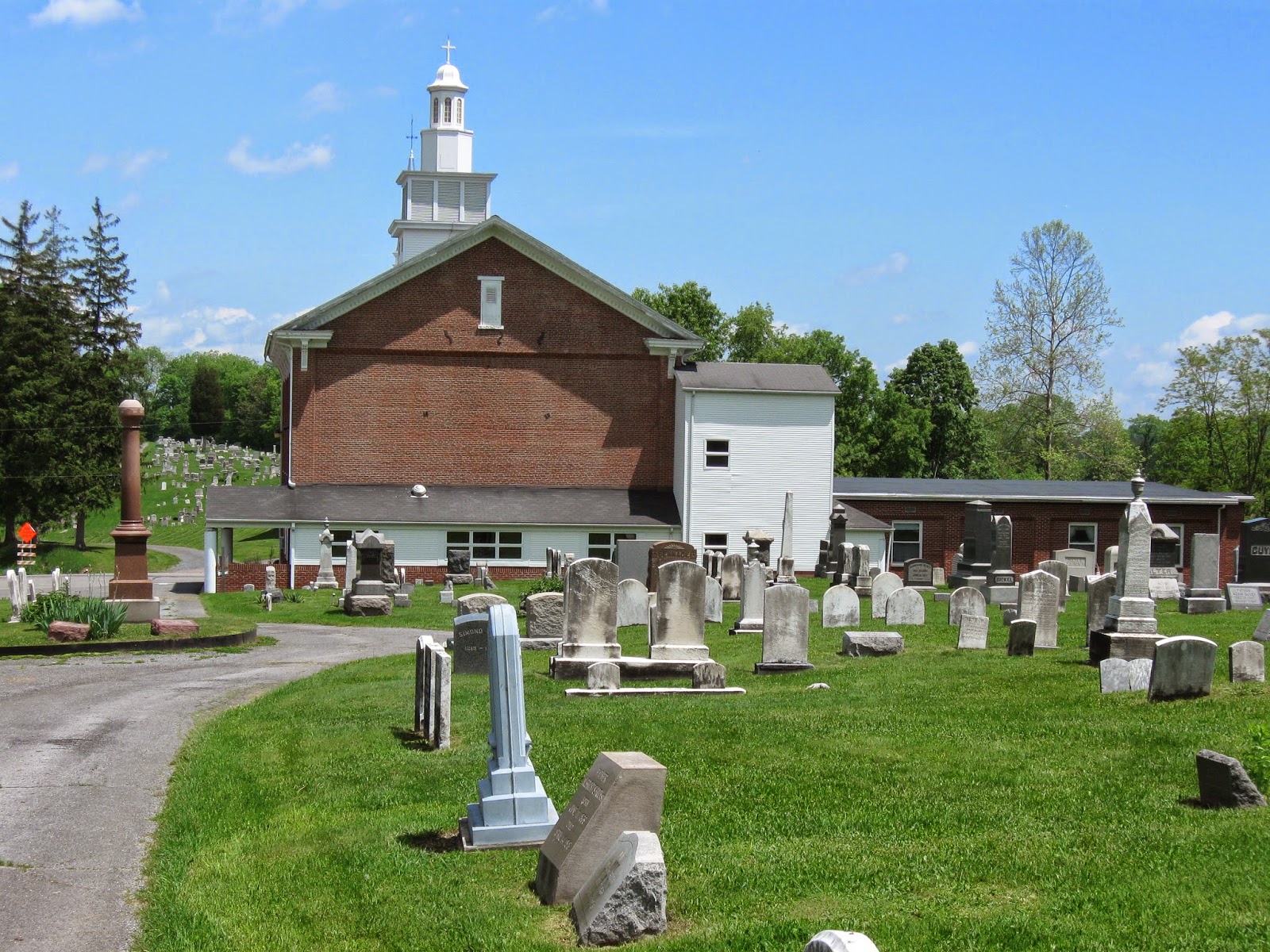 The valley of dry bones is as close as our parked cars, and if we were to walk the pathway, we could point to the names of those we have lost, crying together as much as Mary and Martha when their brother Lazarus had died.

What are we but a bunch of dry bones, our faith parched from the scorching heat of life, our ability to trust severed by so many betrayals, so many things gone wrong?  But each week we gather, unafraid to pass by those graves.  How hard it must be for some of you, looking out on those plots where we stood together after the funeral, the memory of grief and sadness washing over you just a little each time you come to church.  But you do not run away.  You gather your courage and step into this place and await the breath, the wind from God to blow over you and fill you with new life once more.  You take that God-given air into your lungs and sing the hymns, pray the prayers.  You move about the sanctuary during the passing of the peace and touch each other’s hands, embrace each other’s bodies.  You feed each other with the bread and blood of Christ, and later with the fellowship of our common Christian community.

And what’s more, you welcome other bodies into this place.  Every new person that steps into this church, do you know what their question is?  “Can these bones live?”  They want to know if God still has the power to breathe new life into them.  They want to know if they will encounter Jesus in this place and find someone who will laugh with them, weep with them, and prophesy the breath of God into them.

Here in this place we are, literally, re-membered.  Each of us rattling together in this assembly each week, we are the skeletal structure of a community of faith deeply in need of reconnection that only the power of God can give us.   Like bone joined to bone, sinews connected, muscles flexing, and protective skin encasing, we are the Body of Christ raised to new life every time we come together for worship.

“Can these bones live?” Just watch!  [sing “Dem Bones” while “connecting” the members, hand-to-hand]
Posted by Unknown at 3:10 PM