The Preacher Persisted: Finding Courage in the Pulpit 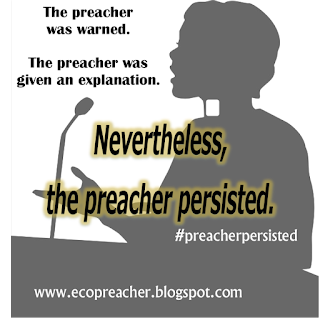 I'm no stranger to push-back from people angered by a controversial sermon.  But a shift is happening in churches that is testing the mettle of even the most prophetic preachers.

I was recently invited to supply preach at a congregation to cover a colleague during his vacation.  I had been told by several different people that the congregation had a reputation of being a politically progressive church. So I crafted a prophetic sermon that engaged contemporary issues for the assigned lectionary readings for the day. In the sermon, I never referenced any political party or figure, but clearly named the systemic loss of an ethical and moral center in our country of late.  I also reiterated Moses’ call to follow God’s commandments to turn away from death and embrace life (Deuteronomy 30:15-20).  True to my commitment to include God’s Creation in my preaching where appropriate, I critiqued the ways we have abused this Earth in violation of the command to choose life.  But I ended by pointing out that God is still at work calling people to rise up in defense of the vulnerable and answering the call to justice along with people of other faiths and nonreligious people of good will (you can read my blog post based on the sermon here).

The reactions of the listeners in the days following the sermon revealed a much more politically diverse congregation than I expected.  The pastor told me he had received numerous emails and phone calls from his parishioners – some who had expressed appreciation for the sermon, and some who expressed strong anger at what I had preached.  So the pastor asked if I would be willing to come back to the church to talk about the sermon with anyone who wanted to discuss it further.

I was open to this suggestion for several reasons.  First, my current research is exploring how Mainline Protestant pastors handle sermons on controversial issues, so I saw this as an opportunity to hear first-hand from parishioners about this very topic. Second, as a seminary professor of preaching and worship who requires students to receive constructive critique of their sermons, it’s only fair that I be willing to accept the same kind of feedback.  And third, my working hypothesis regarding preaching about controversial issues is that the process of deliberative dialogue is one way that we might heal our divisions, work toward civil discourse, and move the conversation forward in a productive way.  So in the spirit of scholarly inquiry, pastoral openness, and civic goodwill, I accepted the invitation to return to the church for a conversation. 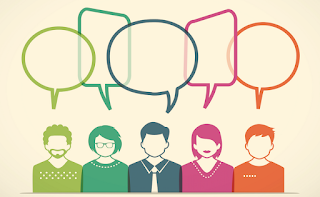 The room was packed with over 20 people (they normally had just a handful of participants for these Wednesday evening “table talks”).  The pastor began by handing out a very helpful set of ground rules for discussion entitled “Touchstones for Creating Safe Space” from the Center for Courage and Renewal.  After leading us in prayer he then asked me to share with the group some opening remarks about how I had come to preach that particular sermon.  I explained that I had chosen to take a more prophetic approach to preaching the scriptural text based on my informed assumption that this congregation was open to sermons that directly addressed justice issues from a biblical perspective.  But, I continued, since then I had come to learn that there were strong reactions to the sermon, both positive and negative, and I was interested in hearing from those gathered what they wanted to share about the sermon.
From what I could tell, about half of the people in the room had a negative reaction to the sermon, and they shared the following kinds of responses:
* I don’t come to church to hear about political issues.  I don’t like to hear that.
* This sermon was just post-election whining.
* There was too much law and not enough Gospel.
* This sermon was too political.
* I was offended.  I feel you attacked me just because I voted for Trump.
Though there was not enough time for me to respond to these accusations, it was curious to me the kinds of things that were read into the sermon, especially the personalization of what was clearly a critique of systems and ethos, not individuals. (Exploring this phenomenon is a task for another time.) And I noted a general air of discomfort, indignation, and even scolding disapproval from those who offered their critiques.

Others, however, expressed thoughts that were exactly the opposite, with an overall tone of support, appreciation and even gratitude for the sermon.  They shared the following kinds of responses:
* The church should speak about these political issues.  Jesus never withheld himself from critiquing those in power.
* Moses was political and stood up to those who were abusing their power.
* I heard both Law and Gospel in this sermon because it invited us to find the center of our morals and ethics.
* I believe we are called to be caretakers of the environment as part of our baptismal vocation, and this sermon affirmed that for me.
* I found this sermon refreshing because it directly addressed issues I care about.
* The fact that so many of us have come together to discuss this sermon is a good thing.  We need to talk about these issues in the church.

Despite these positive rebuttals to the negative reactions to the sermon, the angriest voices were the loudest. There was one person in particular whose level of anger was so strong, my experience of her was that of being attacked.  She repeatedly interrupted me (breaking the agreed-upon rules of engagement) after she had demanded that I explain myself about a point in the sermon, and snidely ridiculed the safe space ground rules agreed upon by the group.  She also threatened that she would leave the church (which made no sense because this was just one sermon by a visiting preacher).  And she demanded to know if the pastor had vetted my sermon ahead of time, and if the synod (which oversees and coordinates the spiritual and organizational activities of its member congregations) didn’t have guidelines for what is allowed to be preached.  In other words (as I heard it), isn’t there some way we can silence this kind of preaching?  Can't we make her sit down and shut up?  I noticed several heads nodding in agreement with her.
At that point, I recalled what had happened to Senator Elizabeth Warren when Senator Mitch McConnell silenced her from reading Coretta Scott King’s letter when the Senate was debating whether or not to confirm Jeff Sessions as attorney general.  Warren was censured from speaking, and McConnell gave the following justification:  “She was warned.  She was given an explanation.  Nevertheless, she persisted.”
I know preaching during this time in our nation’s history is difficult, even painful.  The pushback can hurt. The consequences of people being angry, withdrawing their membership and their offerings, and threatening to shame you and even censure your proclamation of the scriptures are real.  I know because I’ve been hearing it from preachers around the country through my research, in conversations with pastoral colleagues, and because I’ve experienced it firsthand.
But perhaps we preachers – especially those of us who are preaching while female – need to adopt our own version of this now-famous trio of sentences:
The preacher was warned.

The preacher was given an explanation.

In the days since that lion’s den of a meeting, I am still committed to dialogue and hearing those with whom I disagree.  I know there is much to be learned and I remain steadfast in my hope that one way through this divisiveness is through honest respectful speaking and humble listening.
But here’s one thing I know:  I will not allow my prophetic preaching voice to be silenced. 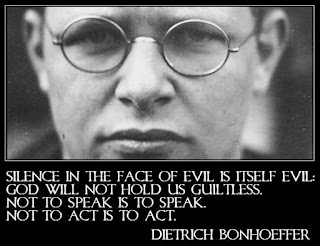 At my ordination, I made a vow to “preach and teach in accordance with the holy scriptures and the creeds and confessions” of the Lutheran church.  Thus I follow Martin Luther’s lead of calling out abuse of power when I see it and being willing to accept the consequences of my commitment to justice.  In that ordination vow I also promised that I would “lead God’s people by my own example in faithful service and holy living, and to give faithful witness in the world, that God's love may be known in all that I do.”  Thus, following the lead of another Lutheran minister – Dietrich Bonhoeffer – who took a bold prophetic stand against a dangerous and powerful regime, I am committed to ministering to those most vulnerable, and holding myself accountable to “the least of these” whom Jesus has identified as his own embodiment in this world (Matthew 25:31-46).
As my good friend and colleague Emily Askew has reminded me, sometimes being prophetic entails loss.  If people threaten to leave because they are gnashing their teeth at the gospel, we may have to let them go in love, entrusting them to God’s care.  But if you’re avoiding preaching the hard stuff because you’re afraid of dividing the church, remember – those divisions are there with or without you.  You are simply called to witness to the reality of what is . . . and share the vision of what God is calling us to be.
This does not mean you should be partisan in your preaching, as in giving endorsement of a specific party or political individual.  But you have a protected right to offer a prophetic critique of words, policies, executive orders, and actions of any person, government, corporation or organization that holds power.  Remember – you are called to preach the gospel of Jesus Christ who never shied away from “talking politics,” which, in its truest sense is that which concerns the polis, the citizens.  Thus Jesus' ministry and preaching were absolutely political, which authorizes our ministry and preaching to address the concerns of the citizens as well.
The key, of course, is how you preach politics.  One piece of advice I can offer at this point is to find a group of colleagues with whom you can share your sermons before you preach them, so that you can help each other navigate the Scylla of partisanship and the Charybdis of cowardice.  You do not have to be, nor should you be, a lone ranger in your ministry.  Find and cultivate trustworthy preaching partners and hold each other accountable while offering mutual gifts of wisdom and prudence.  (I'll be offering more guidance and best practices as my research on "preaching in the purple zone" continues, so I invite you to subscribe to this blog to see future posts.)
So attend to your biblical exegesis with skill.  Apply your study of theology with integrity.  Let your pastoral heart beat for those you serve both inside and outside your church.  Pray with fierce trust in the God who called you.  And preach the gospel with persistent courage!

Leah Schade is the author of the book Creation-Crisis Preaching: Ecology, Theology and the Pulpit (Chalice Press, 2015). She is the Assistant Professor of Preaching and Worship at Lexington Theological Seminary in Kentucky, and an ordained minister of the Evangelical Lutheran Church in America.