"To become human is to become visible."  David Whyte, poet

On June 12, 2016, someone with evil in their heart decided that 49 people were not human and tried to make them invisible in the most violent and hateful way.  The gunman made the choice to end the lives of as many gay, lesbian, bisexual, trans, and queer people as possible at a night club in Orlando, Florida, where all they wanted to do was dance and celebrate their lives.

But across the country and in the Susquehanna Valley where I live and raise my family and pastor a church there has also been the response of gathering in public places for vigils and lighting candles and engaging in heartfelt conversation about what it will take to turn hatred into hope.

What I saw at Cameron Park in Sunbury, Pennsylvania, on June 14 reminded me of David Whyte's words:  "To become human is to become visible."  Over 100 people gathered . . .

And by being a visible presence, we became human.  We made a choice to defy the hatred and homophobia and Islamophobia and fear that threatens to make us less than human. 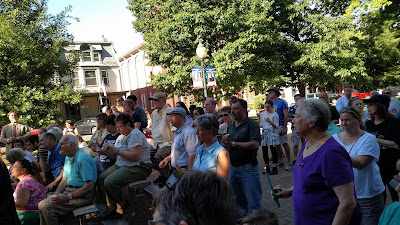 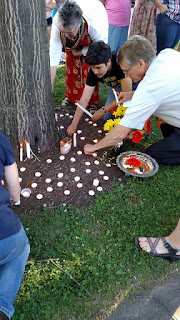 People of different races and cultures . . . 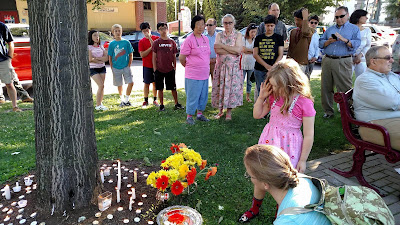 Representatives from different faiths who read the names of the 49 dead were there, as well as agnostics, humanists and atheists . . . . 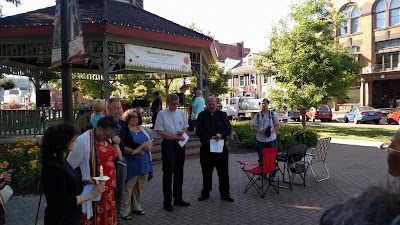 We gathered to light candles for them.  For ourselves. 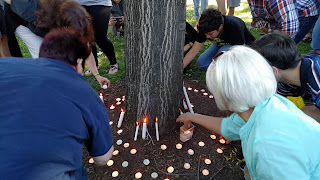 What was most encouraging to me were the people who were gay or lesbian or bisexual or trans or queer or supportive allies choosing to come to this gathering and openly declare who they are.

They were brave.  They were courageous.  And even if they felt fear, they entrusted themselves to us in a public space.