Readings for Year B – 2014-15
Care for Creation Commentary on the Common Lectionary
by Leah D. Schade

Day of Pentecost, Year B

Fire and wind are strong symbols for the Day of Pentecost.  The image of the tongues of fire from the Holy Spirit lighting the air above each of the disciples gathered in the upper room of Jerusalem is iconic.  This sacred fire has the power to ignite a revolution of justice, to enable a provincial person to suddenly speak to another from a foreign land, to provide light in a place of darkness simply by being a presence there.  Yet as with any symbol of power, we must also recognize that fire has an equally destructive potential that, if used with selfish or thoughtless intentions, can wreak incredible damage.

For example, we encounter “tongues of fire” of a wholly different and sinister kind when we see the “flaring” of toxic gases near shale gas drilling sites and oil refineries.

This is an unholy fire, contributing not only dangerous greenhouse gases into the already compromised atmosphere, but also releasing hundreds of toxins such as benzene, naphthalene, styrene, toluene and xylene, all of which cause serious health problems.  Thus we must be careful to distinguish between the spiritual fire that God intends for the illumination of our hearts and minds, and the fires that come from burning fossil fuels that have created our climate crisis.

Wind is the other elemental symbol that invokes great power on this day of Pentecost. Again, we know that wind can have both positive and negative effects.  In a stale room cut off from ventilation, opening a window fills the space with fresh air.  A hot summer day is more bearable when just a zephyr blows across our sweated brow, cooling our bodies.

But the power of wind to destroy through hurricanes, tornadoes, and other extreme weather events is a reminder that the elements cannot be contained nor controlled.  And yet, it is our human activity that has so affected the weather in ways we would never have thought possible as a species on this planet.  Talk about the weather is no longer just an exchange of pleasantries as we collectively recognize the “global weirding” going on around us. 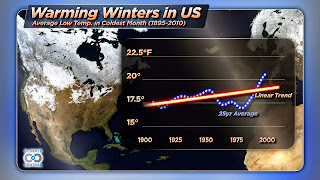 “Nature at the end of the twentieth century, as [Bill] McKibben has so cogently argued, can only be understood as a product of human agency. Thus its destructiveness cannot be understood as [divine] judgment but rather as that for which we will be judged,” Catherine Keller states in her essay, “Talk about the Weather: The Greening of Eschatology,” (Ecofeminism and the Sacred, edited by Carol J. Adams, New York: Continuum, 1993).  The wind of the Holy Spirit bears witness not just to God’s continual efforts of renewal, but humanity’s relentless imposition of its own will on this planet. 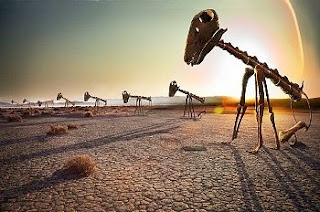 Another way to approach the lectionary readings for Pentecost is to provide an ecohermeneutical reading of the “dry bones” from Ezekiel.  While the ancient Israelites would have originally heard this story in the context of the Babylonian captivity as a vision of God’s restoration of the people, a contemporary reading finds a different kind of captivity.  Ironicallyit is the “bones” of the fossilized remains of dinosaurs and other lifeformsthat roamed the earth during the Cretaceous Period millions of years ago thathave been used to power our human society today. 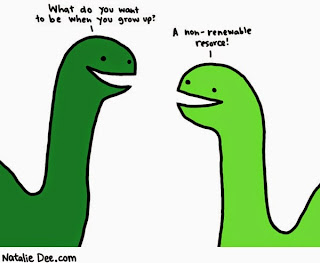 The challenge for the preacher will be to help listeners understand that the same Holy Spirit, or ruah (God’s breath) that fills our lungs today is the same ruah that gave life to the thundering lizards millions of years ago.  In our insistence on using fossil fuels, not only are we undoing the best carbon sequestering system God could have ever designed (as theologian Barbara Rossing has put it), but there is something deeply sacrilegious about drilling into the remains of the sacred burial grounds of these fossilized remains and burning them for our own purposes.  “Can these bones live?”  The fossil fuel industry has put an end to that question, commodifying the depths of Earth and creating a planet captive to greenhouse gases.

And yet all around us blow the winds of the Spirit that (along with other clean forms of energy such as solar and geothermal) have tremendous capacity for creating the energy we need without disrupting the climate system of the planet. 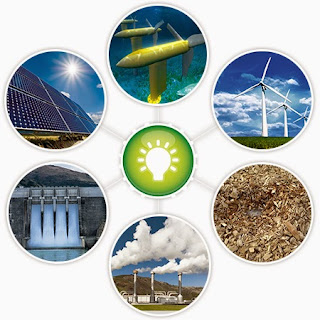 And like the disciples in that upper room, there are more and more individuals carrying the message of forgiveness and hope that comes from the Spirit.  The efforts of the few urging us to turn from our ecological sin and embrace Earth-honoring strategies is creating a Pentecost-like moment in human consciousness.  “What must we do?” more and more people are asking.  And through collaboration and community-building, we are finding surprising answers to that question.
One way to frame a sermon for this day is to remind listeners that just as the wind from God brought about renewal and a reforming of God’s people in the Bible, so has the Church experienced those same winds of change.  The Protestant Reformation was a time of much upheaval but also incredible inspiration (notice the play on words – in-spire, “breath in”) that led to the renewal of faith for generations of Christians to the present day.

Lutheran preachers can remind their congregations that as we are approaching the 500th anniversary of the Reformation in 2017, the winds of the Holy Spirit are again moving us to renewal. After having laid out the problem of environmental devastation and climate disruption in the first part of the sermon, the second part can share the ways in which the church is seeking to address these issues by calling for a continual re-formation that includes Creation care and attention to ecological justice issues (http://www.lutheransrestoringcreation.org/500th-anniversary-of-the-reformation).
Preachers from other denominations can make reference to the ecotheological work done within their own denominations.  Make the good news of this renewal real for listeners by highlighting ways that congregations are helping to revitalize themselves and the larger Church with outreach projects such as installing solar panels and creating community gardens (see http://www.thelutheran.org/article/article.cfm?article_id=12519).

The sermon could end by inviting congregants to think about ways in which their own congregation could experience the renewal of the Holy Spirit by incorporating Creation care into their ministry.  Challenge them to create a green visioning team to imagine what their church will look like in five or ten years if they throw open the windows and allow the Holy Spirit to blow across their brows, tussle their hair, and fill their lungs with the refreshing wind of new life.

This reflection can also be found at the Lutherans Restoring Creation website, which you can visit for weekly ecotheological scripture reflections:  http://www.lutheransrestoringcreation.org/the-day-of-pentecost-in-year-b-1
Posted by Unknown at 3:50 PM