Fifth Sunday of Easter in Year A

“Come to him, a living stone, though rejected by mortals yet chosen and precious in God’s sight, and like living stones, let yourselves be built into a spiritual house,” said Peter in his letter (1 Peter 2:4). What does it mean to be a living stone? How can a stone be alive?

Time magazine recently featured an article about a global effort to photo-document and study coral reefs using state-of-the-art technology (Bryan Walsh, "Ocean View." Time, April 14, 2014). According to the article, about one-third of everything that lives in the ocean lives in a coral reef. Coral is a living organism, even though at first glance it just looks and feels like colorful rock formations. 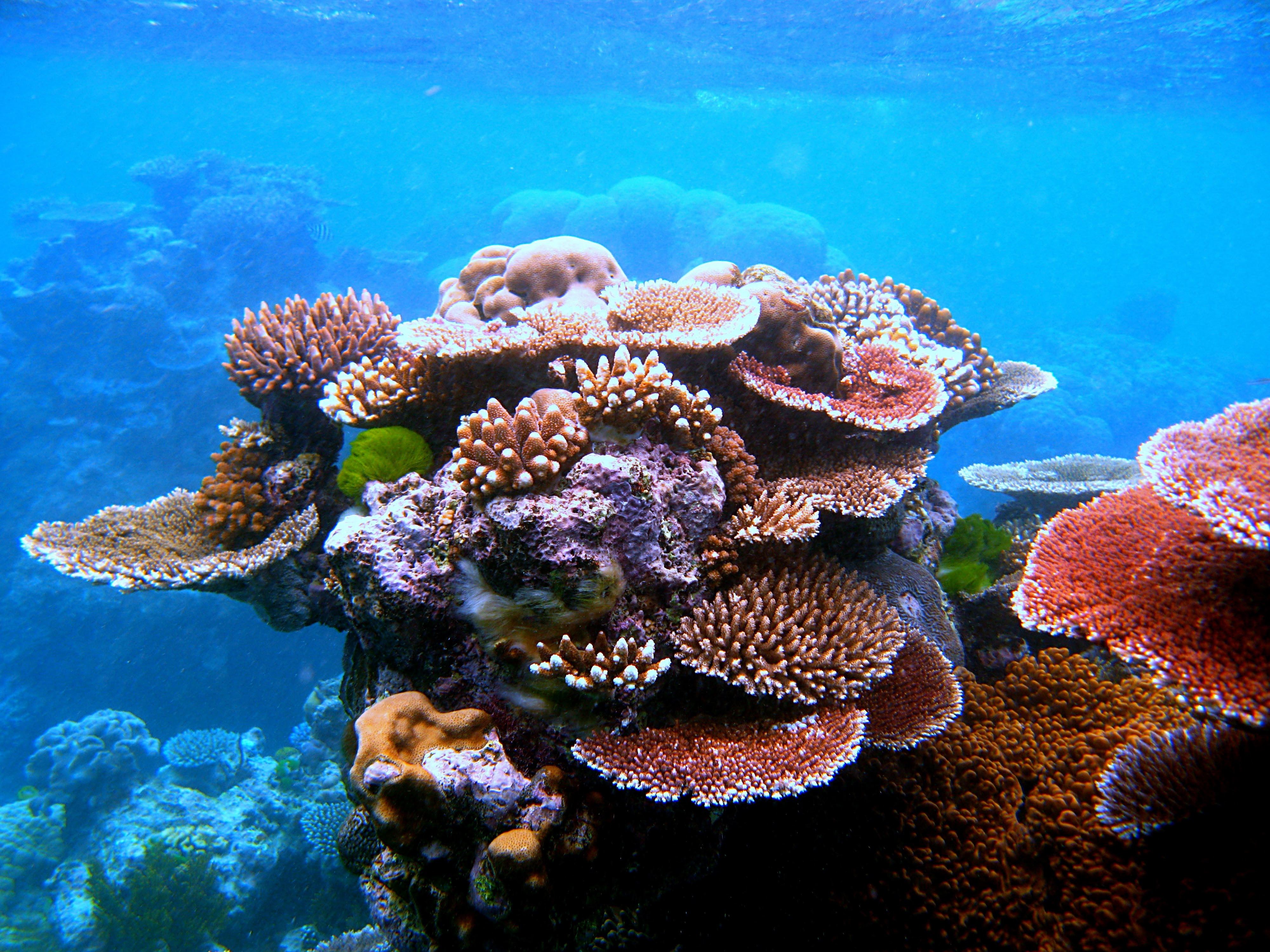 We might say that coral is like a living stone. “Corals are tiny invertebrates that exist in symbiosis with photosynthetic single-cell algae called zooxanthellae, which live inside the coral’s tissue. (The zooxanthellae provide food to the coral by converting sunlight into energy.) Corals build up hard exoskeletons made of layers of secreted calcium carbonate, which form the reef” (p. 43). The structure is sturdy and yet porous, allowing water to flow through it, absorbing nutrients, housing microscopic life forms. Coral reefs provide habitat, food and spawning grounds for countless species of fish and ocean plants. “In a healthy reef, you can see everything from tiny gobies to predatory sharks swimming amid a network of coral as intricate as a medieval cathedral” (p. 43). 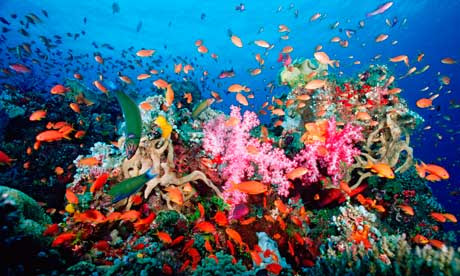 Seeing images of these coral reefs brings to mind Jesus’ metaphor for the dwelling place of God: “In my Father’s house there are many dwelling places” (John 14:2). What better way to think about the infinite hospitality of God than to compare it to a beautiful stretch of coral reef hosting so many different life forms! Psalm 31 also reinforces the imagery of God as a sanctuary of rock, strong and protective—similar to the coral reef that hosts a dazzling array of life-forms. “In you, O Lord, I seek refuge . . . Be a rock of refuge for me, a strong fortress to save me. You are indeed my rock and my fortress” (Psalm 31:1, 2-3). The preacher with access to Powerpoint and a screen for worship services may want to project images of coral reefs so that congregants can have these colorful cathedrals in mind as they make the connection between God as sanctuary and rock and Jesus as living stone.

For some churches, May 18 is the day to celebrate Volunteer Recognition Sunday. It is a time to recognize the infinite variety of gifts that each of us brings to the church. We might think of the church as a beautiful coral reef, playing host to so many different individuals and families, an entire ecosystem of faith. Each person has something to contribute to the coral reef of the church. And as a spiritual house of living stones, we each are nurtured by this community, this ecosystem of faith.

But like the coral reefs in our planet’s oceans, church ecosystems are sensitive to systemic and environmental conditions. The Time article listed overfishing, coastal overpollution and development, global warming and ocean acidification as all having detrimental effects on our oceans’ coral reefs.
Seventy-five percent of the world’s reefs are threatened. In some locations coral cover has dropped from 80% to 13% over the course of the last twenty-five years.

A parallel can be seen in the state of our churches as well. The ecosystems of faith that used to thrive in our society are now finding the conditions around us to be increasingly hostile to the life of the church. Secularization, competition for parishioners’ time, the “pollution” of Sabbath-time by commerce, the growth of “the nones” (folks who indicate adherence to “no religion” in surveys), and the perceived irrelevancy of churches and faith to growing numbers of people are all having detrimental effects on our churches.

What many do not realize, however, is just how valuable the church is to society. The same is true for coral reefs which often go unrecognized for just how much they contribute to our food supply, our economies, and even our medical treatments. Similarly, the church throughout history to the present day has been responsible for much good that most people take for granted. Charity toward widows and orphans, hospitals, public education, the abolition of slavery, the Civil Rights Movement, not to mention the raising of children with strong moral and ethical values, have all had their origins in churches and other houses of worship, and have had a profoundly positive impact on human society over the centuries. Today, churches contribute much to their communities and society in general by addressing poverty and assisting the poor, responding to natural disasters, providing relief to refugees, advocating for society’s most vulnerable citizens, providing counseling and spiritual direction, distributing food and clothing, and providing leadership and resources for justice issues. Too, some of the greatest leaders lifting up and inspiring humanity’s highest ideals have arisen from churches.

The Time article noted that public attention to the plight of coral reefs has suffered because these underwater kingdoms are not easy to see. Very few people ever get to swim amid coral reefs. And there hasn’t been much photo-documentation of these fragile ecosystems. That’s one of the reasons the new 360-degree cameras they are using to photograph the ocean floor are so important (similarly to the way Google Earth has shown us the surface of our planet in astounding ways). Oceanographers have come to recognize the truth of a familiar adage: we will not save what we do not love. Thus they are doing their best to help us fall in love with our coral reefs so that as a human species we will take steps to preserve what is left.

Churches, too, have suffered from lack of visibility and accessibility. Very few people in society come into our churches—swim amid our coral reefs, so to speak. That’s why it’s so important to tell people what goes on in our churches, what great work we do to serve local communities and the larger society. I’ve often mused that churches need to hire publicity directors and public relations experts so that, like the oceanographers who bring these images of the reefs to light, the contributions of our churches can be highlighted in our communities. People will not save what they do not love. We should help people to fall in love with our churches, even if they do not attend them, so that they will come to cherish the incredibly valuable “ecosystems of faith” in our society and communities.

In the sermon, the preacher might show and pass around pieces of coral. Let them feel the strength and texture of the “living stone.” Let them see the tiny holes where the algae live. Let them imagine their church as modelling what God intends for the Peaceable Kingdom—a healthy, beautiful, thriving, protective—and protected—ecosystem that welcomes a stunning diversity of life that benefits the entire ocean of human and planetary life.

More ecotheological commentaries for upcoming lectionary readings can be found at http://www.lutheransrestoringcreation.org/