[View the recording of this sermon here:  http://www.youtube.com/watch?v=7bgGDLEyXYA]

What a terrible conundrum the Sadducees have posed here.  If I were a person who had been widowed and remarried, this text would be very troubling for me.  They say we’re supposed to be reunited with our spouse in heaven, right?  But what if you have loved and married two people who tragically died before you? Who would you end up with in heaven?  How would you choose?  What a terrible conundrum the Sadducees have presented to us.  It seems to leave us with no way out.  In fact it may even plant the seed of a desperate notion – perhaps it would be better for there to be no heaven at all.  Perhaps it would be better if there was no resurrection.

This is exactly what the Sadducees want you to think.  They are trying to get you to doubt the resurrection.  Because they have a great deal at stake in convincing you that, a) the resurrection does not exist; and b) it makes no difference in this world, even if it does exist.

But be careful – this is a trap!

And like a clever animal in the woods, we must find out where the trap is, avoid the tempting bait, and trigger it to snap on itself without catching us in its deadly grip.  Jesus, being the clever Brer Rabbit that he is, the cunning trickster Bugs Bunny, is going to show us exactly what the Sadducees are up to.

Chomping on his carrot and walking nonchalantly around this trap hidden in a pile of words, Jesus shows us that this riddle really isn’t about marriage at all.  The Sadducees have posed a puzzle that actually has nothing to do with marriage.  It has to do with protecting their own power, and trying to get rid of that meddling trickster rabbi.  Let me explain.
In Jesus’ time, and in some cultures today, women were viewed as property to be bought and sold.  Marriage for them is not the way we understand it.  For us, it’s a mutual relationship between two equal partners who choose each other.  In Jesus’ day men from each family made the decision about the fate of the women and bargained with each other over the bride price, the dowry.  Once the financial arrangements were made and the wedding ceremony complete, the wife became the property and responsibility of the husband.  But according to the law given by Moses, who tried to put some protections in place for the wife, if the man died and there were no sons able to take care of the woman, the brother of the deceased was obligated to take her into his home so that she would not be left on the street.  He had to marry her, and she was now the his responsibility.

It’s like a tense courtroom drama, and everyone gathered around is on the edge of their seat to see if Jesus can answer the riddle.  Now why do you suppose these 1st Century lawyers are posing such a convoluted question to Jesus?  What could possibly be their motivation?

All along the Gospel of Luke these lawyers have been after Jesus, challenging him, trying to trip him up and expose him as a fraud.  They really think they’ve got him now.  They think they’ve found the perfect way to get him to admit that the resurrection is neither real nor true.  Because if the resurrection is not true, then Jesus is a sham.  The trap is set, the jaws are ready to snap shut and shut up this rabbi for good.  Will Jesus take the bait?

But once again, the lawyers have made one fatal mistake.  They think that the realm of the resurrection, what we call heaven, is just going to be a continuation of what we have in this realm on earth.  They assume the relationships of power and the systems they have firmly established in this realm will carry over into the next.  They assume a continuation of a system where women are considered less than men, where the wealth of a nation is concentrated into the hands of a select few; where people of their nation, culture or religion are considered superior to everyone else, and thereby are permitted to do whatever they wish, no matter who it hurts.

And why wouldn’t they want this arrangement to continue in heaven?  It’s one that benefits them.  They win, they have the power and money and authority to make all the decisions.  And they’ll do anything to keep this rabbi from messing with their cushy arrangement.

But once again, Jesus is too clever for the lawyers.  Jesus takes their riddle – their convoluted conundrum, their legal system that confuses everyone and tries to trap people with words and keep them in bondage – Jesus takes it all and flips it over, turns it inside out. Like the trickster turning the tables, Jesus cleverly avoids the trap and snaps it shut, empty of its prey.

He teaches them that in God’s realm:
women and men are equal, women will no longer be property traded among men;
the rich are emptied and the hungry are filled;
the ones who are laughing all the way to the bank while so many people cry in desperation will find the accounts empty and the poor finally having what is owed to them for their hard work and toil.

The resurrection, Jesus teaches them, is not about God’s blessing the rich and powerful in heaven.  It’s about God’s reversal of the status quo already happening on this earth, and the reign of the elite coming to an end.  The rich have stolen and hoarded God’s blessings on this earth, and God will not allow that to continue.
So who doesn’t want a resurrection?  The ones who like things the way they are.  And they don’t want YOU to believe in the resurrection either.  Because then YOU will challenge the way things are.  So far they’ve done a pretty good job in confusing people about heaven and making them think that the resurrection has no effect on this earth.  The philosopher Sören Kierkegaard once went through the streets of a city asking people if they believe in the resurrection.  Most of them said yes.  But then he asked them, what difference does the resurrection make in your life?  The majority answered . . . not much.  The most it did was to give them a vague hope that maybe they would live on a cloud somewhere and be free from pain and worry when they die.

Not that this isn’t a comforting and pleasant thought.  But what Jesus is trying to show us is that the resurrection has implications right now.  Because Jesus was resurrected, is resurrected, it means that the way things are is already being changed.  The proclamation of Mary and John the Baptist and the prophets before them and all the prophets since are already having an effect in this realm.

The Sadducees want desperately for this not to be true.  Read the Gospel of Luke when you get home – you’ll see that the only things they care about are the accumulation of wealth, the amassing of power, and their ability to make decisions that benefit themselves, no matter the costs to others.

Doesn’t this sound similar to the very situation we have today?
Where women are still regarded as less than men in much of the world, and in this country earn 75 cents to a man’s dollar.
Where the wealth of nearly every nation is concentrated into the hands of a select few.
Where the people of one culture or religion or race or nation or corporation consider themselves superior to others and give themselves permission to do whatever they wish, often using the convoluted conundrum of the legal system to justify their claims and seize what they want.

The Sadducees of our time will do anything to confuse you, and keep you quiet so that they can continue to do as they please.  They are trying to convince you that Jesus’ resurrection is not real, and that it doesn’t amount to a hill of beans this side of the afterlife.

Don’t be fooled.  Jesus has already proven the Sadducees wrong, uncovered the fallacy of their assumptions and their logic, and revealed the trap for what it is.

In fact, the Trickster Jesus has already tripped the trigger, and the trap has snapped shut.  But it wasn’t empty.  Jesus stepped into that trap himself, knowing full well what he was doing.  The Sadducees, together with the scribes and Pharisees and the Roman government and military - all the power-brokers of their day – thought they had Jesus right where they wanted him on the cross – the most deadly trap of all. 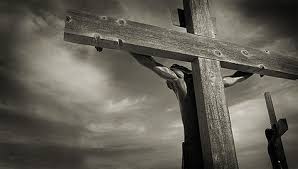 But when the women go to the tomb expecting to find a corpse and anoint his body – the trap is empty for good.

God – the God of Abraham and Isaac and Jacob and Jesus - is the God not of the dead, but of the living.  For in God, all of them are alive.

You, too, are alive!  You have been made alive through your baptism into Christ.  You don’t have to let yourself get caught up in ridiculous word-puzzles meant to make you doubt the significance of Jesus for your life and for our world.  And you don’t have to worry about who you will spend eternity with.  The resurrection is so much more than we can even imagine with our mortal minds.  You can be assured of Jesus’ promise that you will be like angels and that you are children of God, because you are children of the resurrection.  Amen.