An Inauguration of a Different Kind

On this Sunday we celebrate the Baptism of Jesus and the gift of baptism itself. As Jesus emerges from the Jordan River after being immersed by the prophet John, a voice from heaven declares, “This is my Son, the beloved, in whom I am well pleased” (Matthew 3:17, NRSV).  The words echo those heard in Isaiah, who foretold a divinely-appointed servant:  “Here is my servant, whom I uphold, my chosen, in whom my soul delights; I have put my spirit upon him; he will bring forth justice to the nations,” (Isaiah 42:1).

Jesus chooses to begin his ministry on the banks of the Jordan River seeking baptism from John. Water is central to Jesus’ ministry. He is, in a sense, inaugurated in the water and by the water. As our country prepares for a different kind of inauguration in the coming weeks – one that is marked with ascension to the highest political office in the United States, and, perhaps, the world – it’s worth noting the stark contrast between these two different scenes. 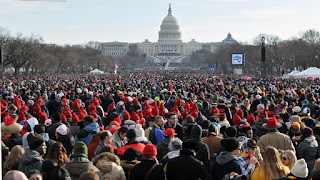 The presidential inauguration is the epitome of worldly power, with the one assuming the office standing high on a platform on the West Lawn of the U.S. Capitol Building.  Thousands of people will flock to Washington D.C. while the event is televised to millions around the world.  The ceremony bestows the authority of the Executive Branch of the U.S. government on this one individual.  Military, judicial, economic and cultural dominance are just some of the aspects of power enjoyed by the one sworn in at this inauguration.
In contrast, Jesus’ inauguration to his earthly ministry took place in an out-of-the-way place, a wilderness.  Jesus was not on a high platform, but went down into the water, letting himself be washed by the river.  People were gathered at that place as well, though the numbers were certainly less than a hundred.  John’s message of baptism was about repentance and aligning with God’s purposes of justice, righteousness, ethical integrity, and courage in the face of evil. For Jesus to submit to this baptism meant that he was eschewing the worldly trappings of power and dominance.  The test of this decision to follow God’s way will immediately follow when Jesus faces temptations in the place of wildness and danger.  Such tests require introspection, self-reflection, and a willingness to face down the demons.  Whether you are celebrating or protesting the incoming president, we know that the fate of our nation, and the world, is in the balance as he approaches his own tests of character.

For Christians, the tests of character that come with being baptized have important ramifications which are illustrated by both the Matthew and Isaiah passages.  It’s worth noting that for Isaiah the call to be God’s servant wasn’t necessarily for one person – it was for the whole nation of Israel. God empowers people to do the work of building the peaceable kingdom; it’s a divine transference of power. This is a commissioning.  God is telling the people: I have given you as a covenant – you are a sign of the covenant. You are blessed in order to be a blessing.

As Christians, can we as a baptized community of faith be a people who do this? Can we be blessed by our baptism to be a blessing to others? And can we be a blessing for the very water with which we were baptized?

Just consider the gift of water itself for a minute. Water covers about 70% of the earth’s surface. But of all the water on the earth, potable water for human use is only about .3% of the world’s water, found mainly in groundwater aquifers, rivers, and freshwater lakes. 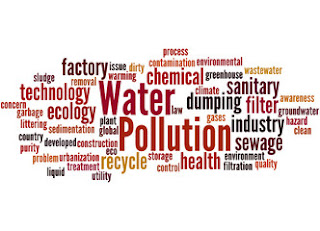 In North America we take this gift of water for granted. We can enter any house, virtually any building, turn on a faucet, and clean water comes pouring out for us. In countries without access to clean water, people (usually women and girls) walk for hours a day back and forth from a water source, carrying heavy jugs, being careful not to spill a single precious drop. At the same time, industries, fossil fuel extraction, and animal agriculture use obscene amounts of water while chemical run-off, discarded pharmaceuticals, fracking, and fertilizers threaten the health and safety of our streams, rivers, ponds, lakes and oceans. 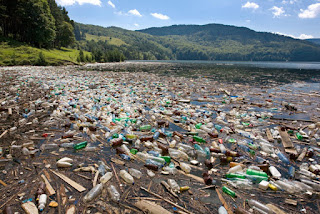 One of the most ubiquitous symbols of our disrespect for water is, ironically, bottled water. We spend millions of dollars for water bottled in places where the natives don’t have access to the water we’re taking from them. We shell out a dollar for a bottle of water when we could simply put it in a reusable cup or bottle. According to the “Ban the Bottle” website, about 38 billion plastic bottles end up in landfills and incinerators each year.  “Making bottles to meet America’s demand for bottled water uses more than 17 million barrels of oil annually, enough to fuel 1.3 million cars for a year. And that’s not even including the oil used for transportation. The energy we waste using bottled water would be enough to power 190,000 homes.  Last year, the average American used 167 disposable water bottles, but only recycled 38.3,” (https://www.banthebottle.net/bottled-water-facts/).

Perhaps what is most frightening is the potential of future wars over water. With populations exploding and water scarcity increasing, there have already been conflicts over water resources in Bolivia, California, Mozambique, and yes, even the Jordan River.  Between climate disruption leading to drought and decades of gross mismanagement of water resources, regional crises over water will become more frequent and potentially violent. And it’s the poorest and most vulnerable people who will suffer the most.

In the midst of this suffering, Psalm 29 declares: “The voice of the Lord is upon the waters; the God of glory thunders; the Lord is upon the mighty waters.” This voice of God is the same one that called upon the people of Israel to do justice - righteousness - in the Isaiah text. It’s the same voice that commissioned Jesus to his ministry of righteousness. And each of us in our baptisms is called by God’s voice to establish justice and righteousness in the earth. We have important work to do on behalf of the water. 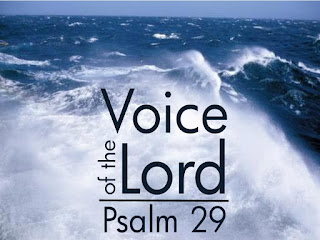 Our baptisms conferred on us the duties and responsibilities that being a servant of God entails. We are to protect those who are vulnerable – like the fragile ecosystems – “bruised reeds,” if you will (Isaiah 42:3). We are to open the eyes of the blind, share the truth about environmental degradation with those ignorant of the ramifications. We are to confront those in power who wantonly abuse water and speak courageous truth in order to establish ecological justice. The coastlands do indeed wait for God’s teaching – they wait for us to learn how to care for them. And we are to teach – on the coastlands, on boats, on mountains, in houses, and anywhere else people are gathered. 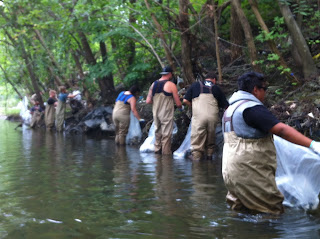 The God who is described in verse 5 of the Isaiah text, the God who created the heavens and stretched them out, who spread out the earth and what comes from it – this God entrusts it all to us, and we are commissioned to care for it. Isaiah is clear:  God will not hurt the weak. If we are servants of God, we will not hurt the weak either. We will bring justice to all the earth – even to Earth itself.  The Water Protectors at Standing Rock in North Dakota exemplify the kind of prophetic action some communities are taking to defend the life-giving water that sustains us (a fight which is far from over). 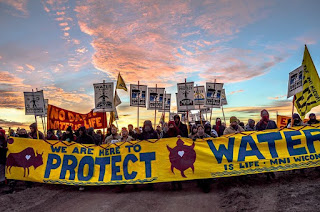 Because when we do justice for Earth, it has a flow-through effect for the entire human community, and particularly for the poor and those living in the most fragile of circumstances. People in rich countries use 10 times more water than those in poor ones.  The connection between poverty and poor environmental conditions can be seen throughout the United States and the world. It is those who have no resources who cannot afford to move, much less fight against industrial pollution, landfills, and toxic dumping sites, often right in their neighborhoods. Two-fifths of the world's people already face serious water shortages, and water-borne diseases fill half its hospital beds.

As one person put it in a BBC online commentary: “If water is life, we must learn to treat it not as a commodity to be sold to the highest bidder or as an entitlement to the privileged, but as an essential component of human existence. We must learn not only the methods and habits of sharing equitably, but also the technologies and values of protecting the environment that makes fresh water available to us.” (http://news.bbc.co.uk/1/hi/sci/tech/2943946.stm)

I said earlier that John’s baptism was about repentance and being a servant of God. If we’re going to take that seriously, then each of us, and each of our congregations, needs to change our habits in order to do at least some small part in establishing justice for the Earth.  Perhaps on Inauguration Day, your congregation can undertake a different ceremony – an Affirmation of Baptism where each person recommits themselves to the prophetic ministry of Jesus Christ. 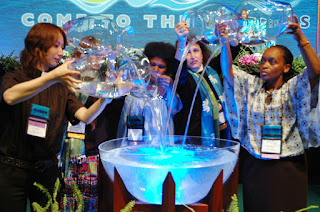 Maybe your church can look at ways to educate your congregation and community about water conservation and water justice issues. Plan a water clean-up for a local stream, river, or ocean front.  Encourage youth to make a donation to the Walk4Water (http://elca.org/walk4water) campaign that was begun at the 2015 ELCA Youth Gathering.  To date, over $1 million in gifts have created healthier families and stronger economies through projects that provide clean drinking water through spring boxes and boreholes, support for irrigation systems, education about sanitation in rural villages.

Or perhaps you can encourage people to “give up the bottle” (water bottle) for Lent and use water pitchers in their homes, and reusable bottles at work, at school, and on the sports field. It won’t change the world overnight. But it will be one small drop freed from the bottle.  And it may be part of God’s ripple effect that spreads out over all the Earth.  Amen.