Once again, wisdom is the byword for these passages in Scripture that open a conversation about what humans consider worth knowing and valuing in the world, especially regarding animals.  These texts would be ideal for a Blessing the Animals Sunday where the congregation can be invited to bring their pets, farm animals, or pictures of their favorite creatures to the service.  Consider having a soundtrack of animal noises in the background during the prelude or at key parts of the service, invoking the presence of our other-than-human sisters and brothers in God’s Creation.

Both the passages in Job and Psalm 104 engage in a positive theology of nature wherein animals are not just passive receptors of God’s grace, but actively doing God’s work with their very existence.  The processes of their life in the ecosystems God established testify to an enduring truth: God’s work never fails.  What does fail, however, is human willingness to recognize the intrinsic value of the animals and plants who share our home on Earth.  Too often animals are seen as nothing but our servants, entertainment, subjects of scientific experimentation, or food sources.

I once toured a “factory farm” that included warehouses of hundreds of turkey poults wandering motherless and shivering across sterile, hay-strewn concrete floors. Outside were acres of large pens packed so tightly with young turkeys they could barely turn around, the scene reminiscent of dismal German concentration camps.

When I asked the farmer whether it bothered him to see the turkeys in such a state, I received a blank look.  These turkeys were nothing more than a cash crop for him, no different than the rows of genetically-modified corn stalks in his fields.  He was not an evil man by any means, and in fact was a faithful member of a local church.  But I had to wonder about the emotional disconnect the enabled him to ignore, deny or otherwise not register the suffering of these animals in his care.

And then I had to wonder at my own emotional disconnect when I next went to the grocery store and picked up the sterile, plastic-wrapped package of turkey meat hanging from the thin metal prong in the refrigerated aisle.  Which of the young turkeys huddled in the warehouse would I now feed to my children?  All of a sudden, meat-buying became uncomfortable because of what I had come to know about the turkeys. 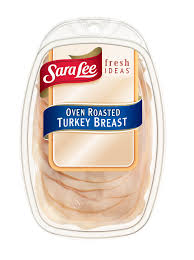 “Consider,” urges Jesus in Luke 12:22-31.  Katanoeo, in Greek.  It means “perceive, remark, observe, understand, fix one’s eyes and attention on.”  In Job 39, God asks the man if he “knows” about the animals in the world around him.   Yada in Hebrew.  It means to “know, learn to know, use one’s mind, to be acquainted with.”  The function of Wisdom in this week’s readings, then, is to help us to perceive God’s Creation in a way that is not self-serving, but self-decentering.  Preachers of these texts might consider sharing their own story of a time when they came to a point of uncomfortable awareness of the suffering their own purchasing decisions made when it comes to animals.  Examples abound: seeing a Youtube video of chickens with their beaks cut off in tight cages; pictures of deformed dogs from “puppy mills” gone awry in the business of supplying pets; the conversation with the vegan who confronts us with their ethical reasons for refusing to eat meat.

The role of the Church in the twenty-first century, according to Thomas Berry, is to help shape a future that is based on human-Earth relations.   “The future of the other two relations [human-divine and inter-human] depends upon this third relation, our human capacity to recognize our place in the structure of the universe and to fulfill our role within this setting."[1]  Berry states that our “ultimate concern” must be “the integrity of the universe upon which the human depends in such an absolute manner."[2]  Berry coined the term "Ecozoic Era" to describe the period he would like to see emerge when humans "would be present to the planet in a mutually enhancing manner.  We need to establish ourselves in a single integral community including all component members of planet Earth."[3] This can only happen, says Berry, when humans come to see their place and role in the universe as completely dependent on the habitats, flora and fauna of Earth, all of which have intrinsic value not dependent on human needs or wants.  Accepting this limited role is the first, and most difficult, step that humans must take.  The next step for healing the damaged planet is based on an operating principle of creating continuity between the human and the non-human in every aspect of human life, from institutions and professions to programs and activities.  If these two steps are taken, Berry sees hope for humanity’s and the planet’s survival.

Of course, the world will see this kind of animal-ethics-activism by people of faith as “foolishness,” as Paul’s First Letter to the Corinthians reminds us.    The meat-processing corporations that profit obesely from our addiction to meat would much rather have our Blessing the Animals service end with petting the pets and returning home for Sunday dinner complete with hormone-injected roast beef.  Likewise, those in our congregations whose livings depend on our subjugation and consumption of animals for their livelihood will not take kindly to a heavy-handed “law” sermon that leaves the congregation with feelings of guilt for their sins against animals with no recourse to the Gospel.

So what would God’s grace look like for human and animal in this sermon?  For me, it came from a vegetarian friend who once gave me an option between giving up meat completely and throwing up my hands in frustrated despair at my own meat-aholism.  “Just try one day a week without eating meat,” she suggested.  A meat Sabbath!  A day of rest for my body from having to process protein.  A day to eat lower on the food chain.  A day when one animal will not have to die in order for me to live.

Wisdom spoke through my friend that day, I recalled, as I stood before the plastic-wrapped turkey on the metal prong.  I pulled my cart away, and turned back to the produce aisle.